How is the American consumer? That depends on who you ask and what they’re looking at.

Today we got some grim news out of Target for the second time in the last couple of weeks. The CEO said “We were chasing hard in 2021 to get more of the inventory that our guest was looking for…Unfortunately we ran into delays. Inventory arrived late. Now that it is here the demand signal has changed.”

Target is a large company, with over $100 billion in sales over the last twelve months.  That’s more than Bank of America, Pepsi, Disney. And that’s three times larger than Dollar General. 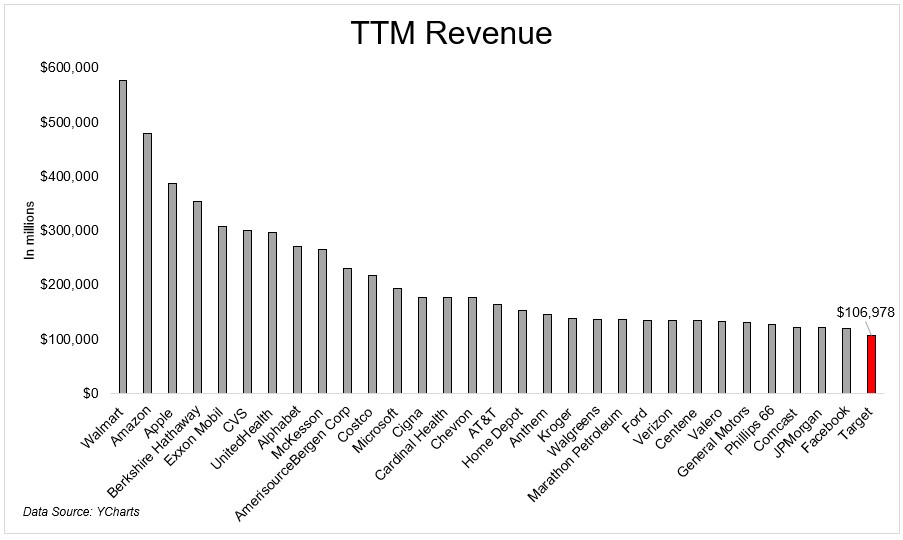 Does the news coming out of Target mean that the consumer is starting to feel the impacts of inflation, and as a result, change their spending habits? This particular example seems to be more of a supply chain/inventory story than anything else.

With that said, Target is hardly alone in being blown over by the winds of macro changes. 56% of Russell 1000 consumer discretionary stocks are down 20% or more on the year. 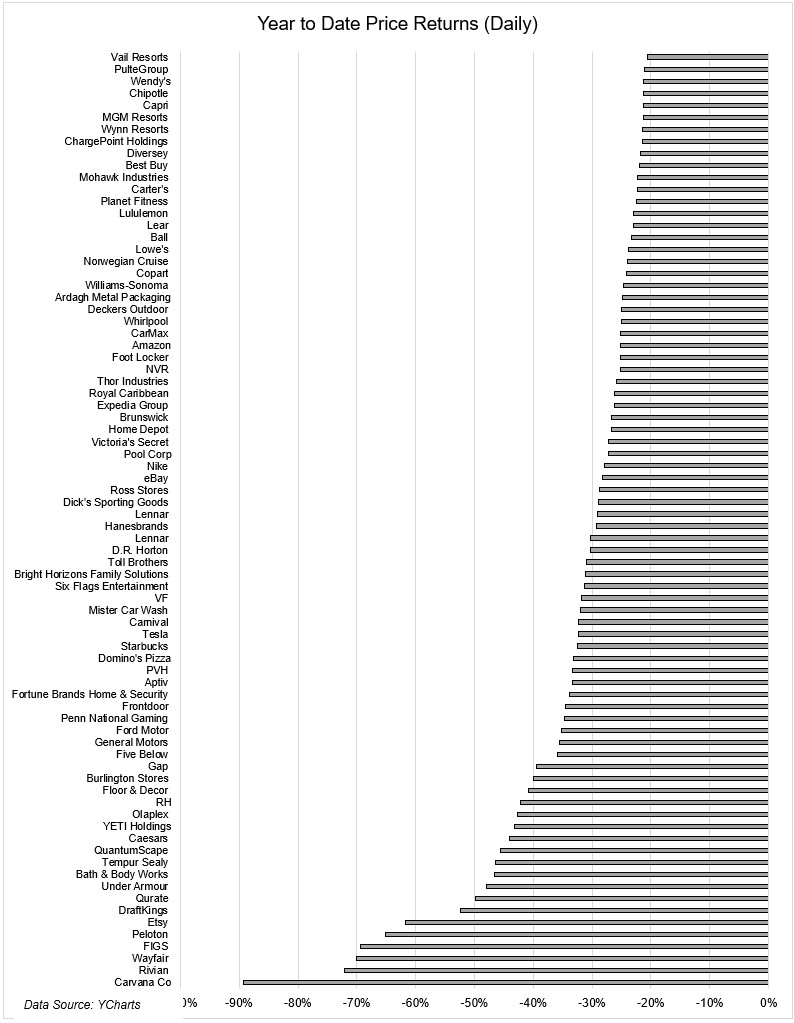 For comparison purposes, just 33% of the Russell 1000 (ex consumer discretionary) are down 20% or more.

But stocks don’t necessarily tell the full story, so let’s look to some data from Bank of America. (H/T Sam) 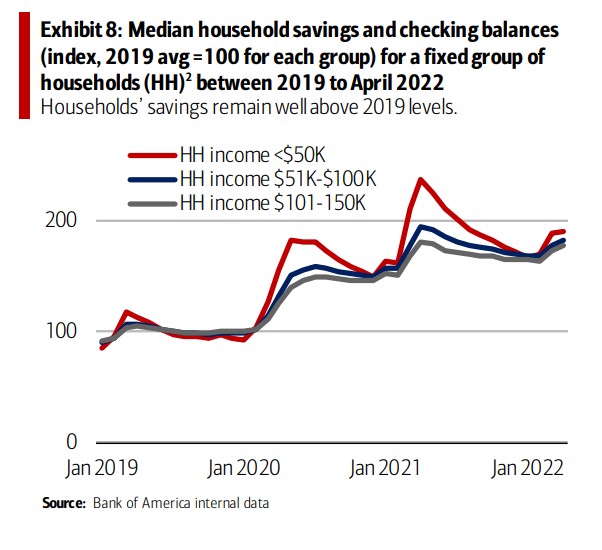 However, the economy looks different today than it did in April, especially with gas prices where they are. And even prior to the recent increase, inflation-adjusted spending on credit and debit cards had gone negative.

“How is the consumer doing” really depends on which consumer you’re talking about. Families making more than $125k spend 6% of overall card charges on gasoline. That number is nearly 10% for families making less than $50k. To make matters worse, the national average price of gasoline was $4.21 in April. We’re up 16% since then, to $4.91. ????

It’s hard to talk about consumers as if they’re a homogenous group. As we just saw, people at the top are less impacted by prices than people in the middle and certainly at the bottom. And while people aren’t buying patio sets anymore, they’re still taking tons of flights.

Caveats aside, I think it’s fair to say that in general, consumers were very well positioned going into the year. Even through the end of the first quarter. But with prices outpacing wages, it’s hard to see that statement holding true for much longer.