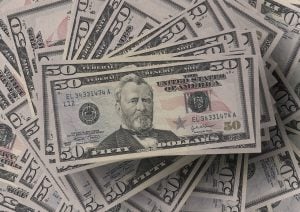 Stimulus Checks To Ohioans: Who Will Get Them?

Whaley, who is running for governor of Ohio, has proposed sending stimulus checks to residents to offset the rising costs of inflation. She is a Democratic nominee for the governor of Ohio this year, and will face Republican Gov. Mike DeWine.

“Ohioans are seeing the cost of nearly everything increase – from record-high gas prices to increasing costs for groceries and other necessities like baby formula. As Governor, Nan would fight to make Ohioans’ bills go down and their pay go up,” reads Nan’s vision about the inflation rebate.

Ohio is estimated to get about $2.68 billion in American Rescue Plan funds. Whaley wants the governor to use this money to send a one-time $350 stimulus check to Ohioans. Under the proposal, individuals making less than $80,000 annually would get $350, while couples making $160,000 or less would get $700.

About 7.4 million Ohioans, or 89% of Ohio families would get the stimulus money if Whaley’s proposal is accepted.

Do Stimulus Checks Depend On Whaley’s Win?

“It’s not right. We need to make an investment in Ohioans by putting money back in their pockets and this inflation rebate would do just that,” reads Nan’s vision about the inflation rebate.

It is very likely that inflation stimulus checks will only come if Whaley wins the election. However, the Cook Political Report suggests that Ohio will likely get a Republican governor. In fact, Ohio hasn’t elected a Democrat governor since 2006. On the other hand, many believe that Whaley has a chance in November.