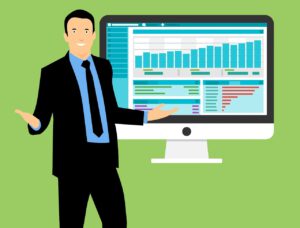 As of June 8, 2022, the five shareholder proposals calling on U.S.-listed companies to recapitalize for all stock to adopt a one-vote-per-share policy have won an average of 29.5% support, compared to 27.5% and 28.9% support throughout 2020 and 2021, respectively.

NorthStar Asset Management’s proposal asking Alphabet Inc (NASDAQ:GOOGL) to collapse its dual-class structure won 33.2% support at the company’s June 1 annual meeting, the highest level of support such a proposal has ever won in its 11 years on the tech giant’s ballot.

It was much the same story at Meta Platforms Inc (NASDAQ:META)’s May 25 annual meeting, where a recapitalization proposal won 28.1% support, the highest level of support in its ninth year on the ballot.

The results themselves could bolster claims that their dual-class voting structures excessively strengthen their founders’ voting power at the expense of shareholders. If the vote had been conducted on a one-share-one-vote basis, the latest recapitalization proposals at Alphabet and Meta would have won 98.2% and 94.8% support, respectively.

John Chevedden similarly told me that his proposal urging Ford Motor Company (NYSE:F) to recapitalize has experienced a surge in support this year, the 36.8% support it won equating to 82.7% of independent votes cast.

It is unsurprising that recapitalization proposals continue to win mounting support. Companies with dual-class share structures are starting to stick out like a sore thumb, even in the U.S. where regulators are more accepting of such controversial share structures.

Companies with dual-class share structures make up only 7% of the S&P 500 and 11.9% of the Russell 3000 according to Insightia’s Governance module.

BlackRock voted in favor of proposals seeking recapitalization at both Alphabet and Tyson Foods, Inc. (NYSE:TSN) in 2021, noting in a voting bulletin that the fund manager “strongly prefer[s] a one vote for one share structure” as it “provides control proportionate to shareholders’ capital at risk.”

Glass Lewis and Institutional Shareholder Services updated their policies concerning dual-listed companies a few weeks apart in late 2021. Starting this year, both advisers recommend voting against the chair of the governance committee and the entire board respectively at companies with dual-class share structures that fail to provide a “reasonable” sunset provision.

“A growing proportion of companies that make their debut on U.S. exchanges with dual-class share structures are incorporating reasonable time-based sunset provisions,” Amy Borrus, executive director at the Council of Institutional Investors, told Insightia in an interview. “It is a great step forward that sunset provisions are gaining acceptance.”