GDXJ: While Focusing on Details, Don’t Miss the Great Downturn! 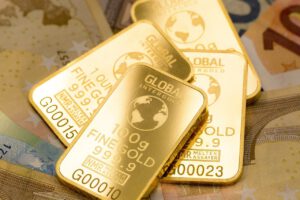 If history is to repeat itself to some extent, junior miners have a chance to make minor corrections. However, is it worth leaving short positions now?

Let’s take a look at what happened in junior mining stocks. 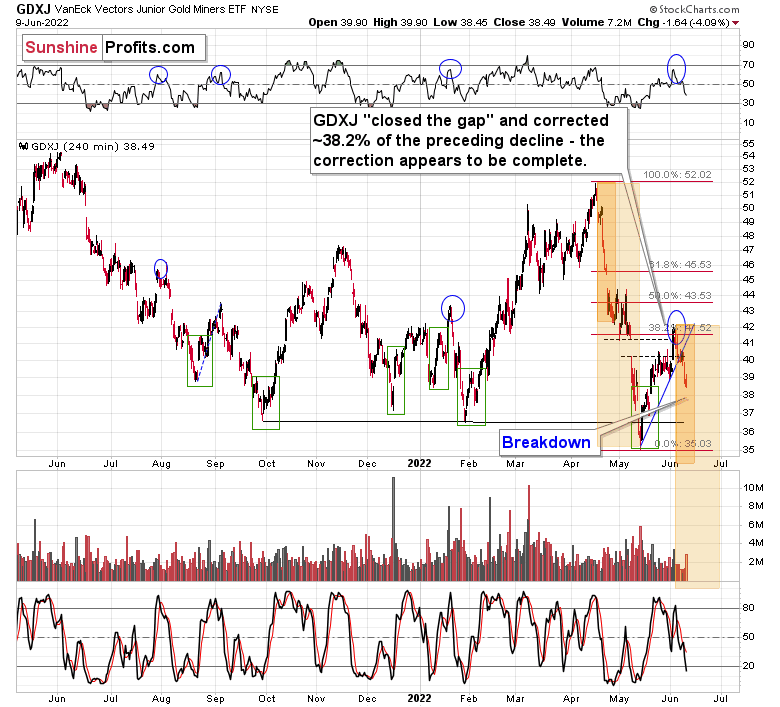 The Price Of The GDXJ ETF

The price of the GDXJ ETF – a proxy for junior miners – moved sharply higher yesterday, and this got many people excited. High volume confirms that. It’s natural for most investors and traders to view rallies as bullish, but let’s keep in mind that most traders tend to lose money… It’s not that simple. After all, the best shorting opportunities are at the tops, which – by definition – can only be formed after a rally.

The particularly interesting thing about high volume readings in the GDXJ ETF is that they quite often mark local tops. Remember the late-April – early-May consolidation? It ended when GDXJ finally rallied on high volume. That was the perfect shorting opportunity, not a moment to panic and exit the short position.

The GDXJ-based RSI indicator is also quite informative right now. It moved well above 50, but it’s not at 70 yet. Why would that be important? Because that’s when many of the previous corrections ended.

When one digs deeper, things get even more interesting. You see, when we consider corrections that started after the RSI was very oversold (after forming a double bottom below 30), it turns out that in all those cases, the tops formed with the RSI between 50 and 70. I marked those situations with blue ellipses on the above chart.

So, while it’s easy to “follow the action,” it’s usually the case that remaining calm and analytical leads to bigger profits in the end.

Also, let’s use yesterday’s move as something useful. If this single-day move higher made you really uncomfortable and almost made you run for the hills, it might be a sign that the size of the position that you have is too big. It’s your capital and you can do with it what you wish, but if the above were the case, it might serve as food for thought.

The big trend (as well as the reasons for it) remains down, which means that the enormous profit potential remains intact.

Last Friday’s and this week’s declines confirm the above. The high-volume rally marked the top – those who got excited at that time likely bought exactly or very close to the top, instead of shorting at that time. Fortunately, you were prepared.

After taking profits off the table and closing short positions on May 12, we immediately entered long positions (it turned out that it happened right at the bottom), and we then took profits from that long position on May 26. Next, we returned to short positions. These positions are already profitable, but it seems that they will be much more profitable soon.

However, let’s not dig into the long-term details yet. While we’re close to the short-term chart, let’s focus on what it features. For your convenience, here it is once again. 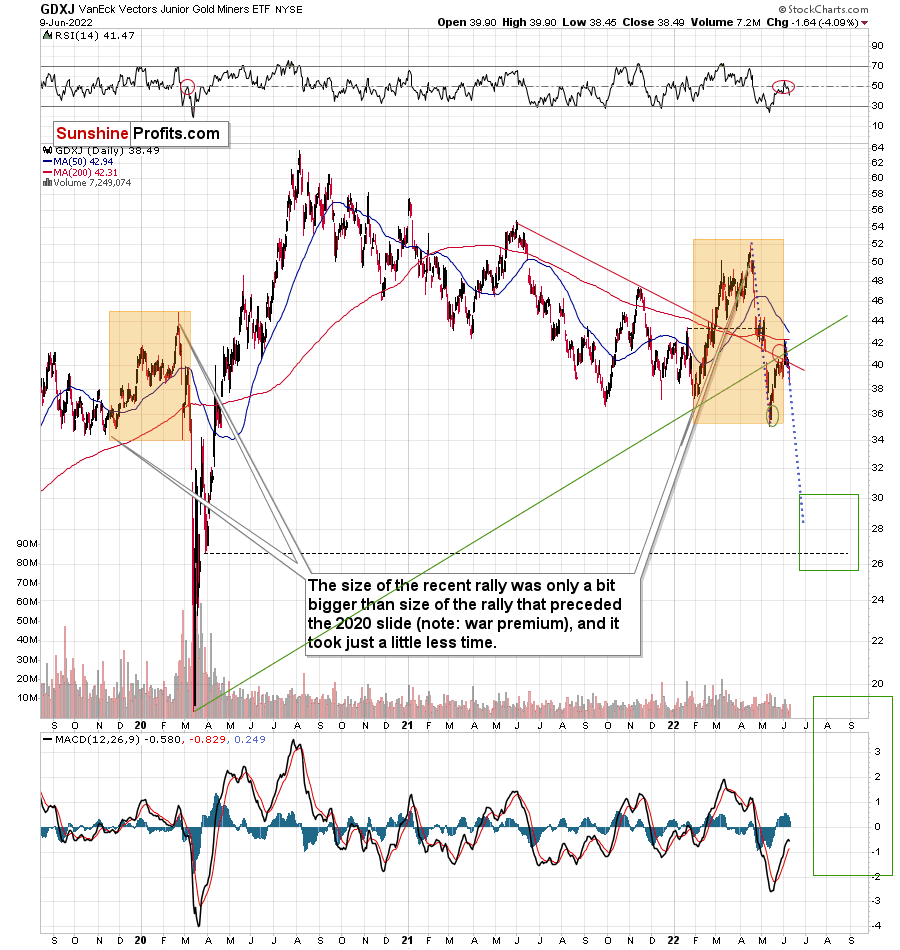 The recent April-May decline doesn’t have to be repeated to the letter, but we could see something similar nonetheless. After all, that decline is the most recent analogy to what we’re about to see in the GDXJ (a massive decline).

Based on the above, I marked two cases from the precious decline (the initial decline and the entire decline) and I copied them to the current situation, assuming that the recent top is indeed the starting point of the next bid decline (which seems likely in my view).

It turns out that junior miners might need to decline to or slightly below the May lows before we see even a moderate corrective upswing.

Will I want to trade this correction? Probably not. If we see a correction from below $35, it might be small – only a bit over $36, so it might be way too risky to trade this quick rebound. The downside (the bigger orange rectangle) is much bigger than the above, and it would be a much bigger waste to miss this move in order to try to catch a relatively small move.

Besides, there’s also a chance that we won’t see any meaningful correction, just like what happened in 2020.

Back in March 2020, after the corrective upswing, mining stocks fell like a stone in water. While the current price moves are less volatile, they are still somewhat similar (note the marked areas on the above chart).

Moreover, please note that the GDXJ failed to break back above the red and green resistance lines, which by itself is also a bearish indication.

The next short-term upswing is quite likely here, and (while I can’t make any promises with regard to performance), in my opinion, the profits on our short positions are likely to increase tremendously before we exit them.