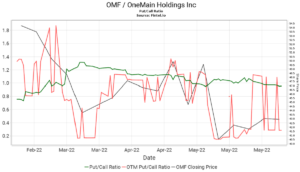 OneMain Holdings Inc (NYSE:OMF) is an American financial services holding company that was founded in 1912 and was originally known as Springleaf Holdings. OMF focuses on consumer finance and insurance related products and services. The company operates a network of around 1,400 branches across 44 states in the U.S.

OneMain (US:OMF) holdings currently holds the top rank on the Fintel dividend screener and leaderboard with a score of 99.45. OMF currently pays an annualized dividend yield of 9.1% based on the latest quarterly dividend increase to 95 cents which was announced in February this year. OMF has a 3 year dividend growth rate of 9.80% based on the previous history.

The score is the result of Fintels quantitative analysis that combines a stock’s dividend yield and growth metrics and generates a score by ranking a large number of constituents that pay distributions.

OMF’s dividend yield has risen over 2022 partially due to the falling share price which is 17% lower since the beginning of 2022. Shares in the company peaked at an all time high of $63.19 in 2021 prior to the announcement on the 29th of July that stated holder Apollo Global Management would begin selling down shares in the company. The sell-down sent shares on a medium term downward trend.

At OneMain’s most recent result on the 28th of April, the company generated an adjusted EPS of $2.35, beating analysts’ forecasts of $2.23. The group generated interest income of $1.09 billion, a figure that was slightly below the previous quarter and slightly ahead of the previous year for comparison. Net interest income after the provision of losses however fell to $632 million in Q1, from $649 million in Q4 and $817 million in 2021. The growing provision for losses may come as a concern given the inflationary interest rate outlook ahead for the remainder of 2022. Analyst views and opinions are touched upon further in this article.

OMF will be hosting the firm’s 2022 annual general meeting on the 13th of June at 4pm.

The chart below illustrates the level of institutional ownership in the company over the last 5 years. While the share price has fluctuated significantly, ownership generally remains consistent. Insider trading has been slightly positive in the last ninety days. 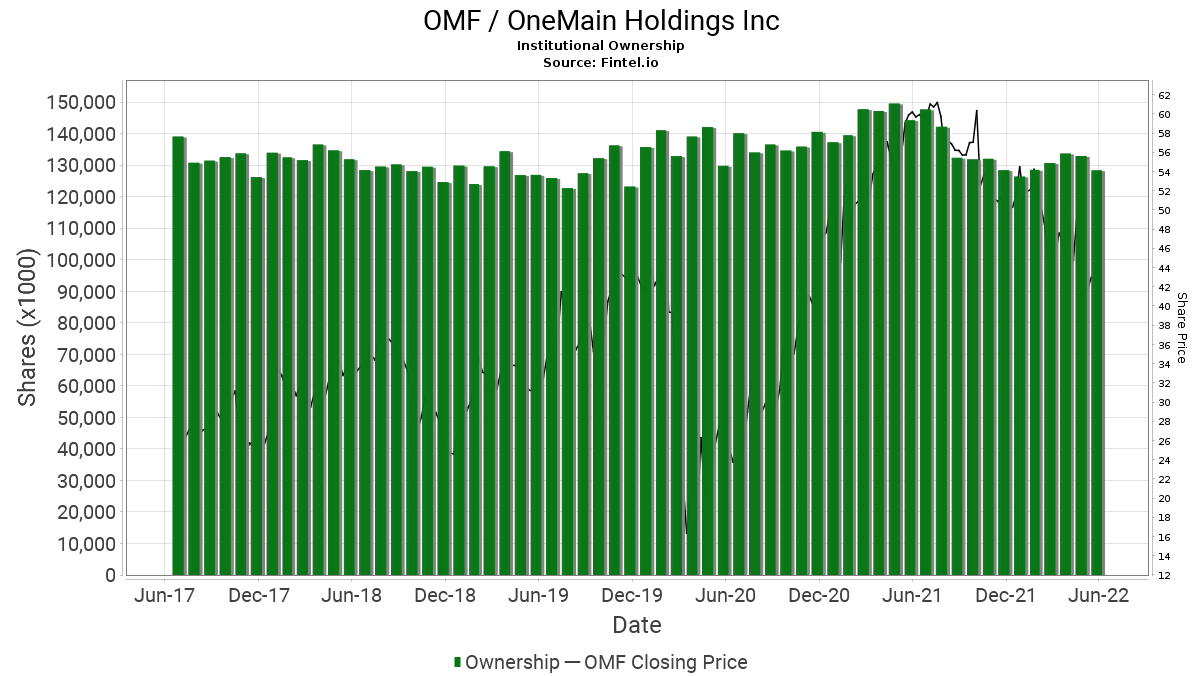 Options market sentiment is slightly bullish as indicated by a Put/Call ratio of 0.95. A chart has been included below that illustrates the behavior of the put/call ratio for the stock over the last 3 months: 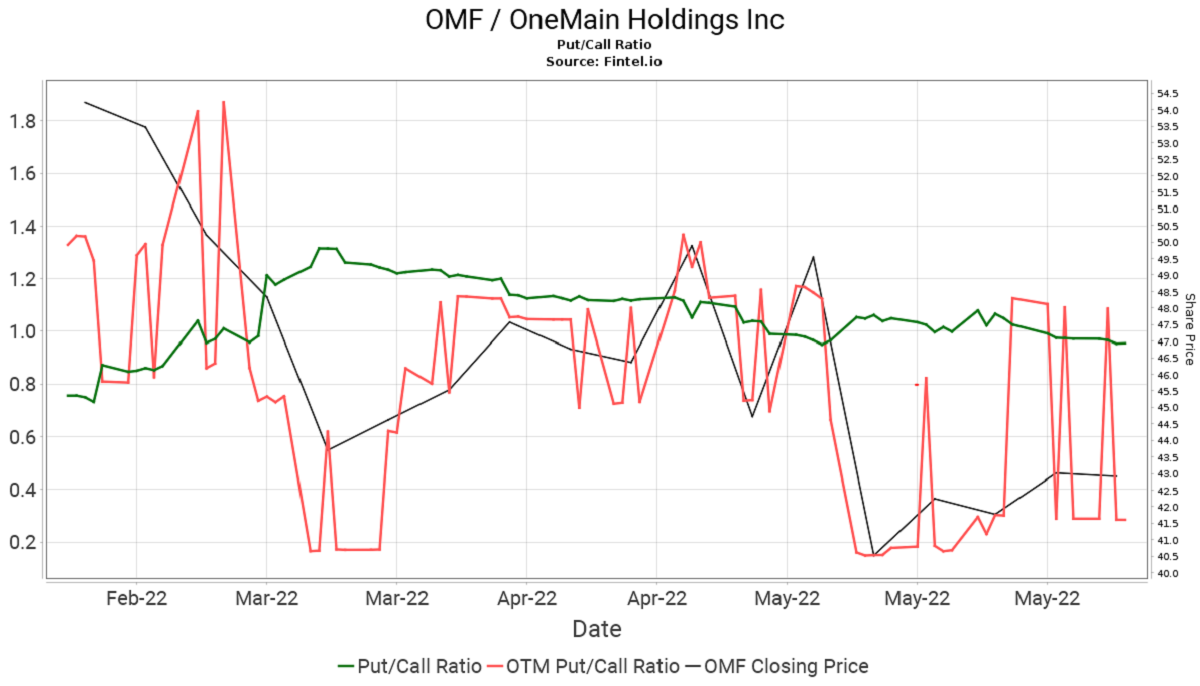 Moshe Orenbuch from Credit Suisse reported that Q2 losses are tracking in line with the institution’s forecast and delinquency remains lower than pre-pandemic levels. The firm noted that OMF expects to be profitable even in a downturn with increasing capital returns and has several growth opportunities while the equity trades on a cheap multiple (such as increased buybacks). The firm reiterated their ‘outperform’ rating with a $76 target.

Kevin Barker at Piper Sandley believes further stabilizaton of credit should lead to a better multiple with OMF pricing in higher credit losses and the stock trading on a 4.2x FY23 PE ratio. The firm retains its ‘overweight’ rating and $70 price target

John Hecht from Jefferies was encouraged by the ongoing positive credit pattern in OMF’s ABS results but expects normalization over the long term. The firm remains ‘buy’ rated with a $70 price target on the stock.

OMF has a consensus “buy” rating with an average target price of $68, implying 63% upside to the current share price.

The company will next report second quarter results which are expected around the 1st of August.