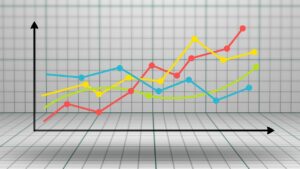 New York, NY – Staten Island workers and families cannot afford to wait around as inflation continues to outpace wage growth and greedy corporations hike prices on everything from gas to housing to groceries.

The evidence hides in plain sight as corporate executives excitedly tell their investors, ‘what we are very good at is pricing’ – code for jacking up prices on consumers – and brag about enjoying the highest profit margins in 70 years.

Further alarming is the latest Executive Excess 2022 report from the Institute for Policy Studies, which reveals the severity of corporations’ CEO-pay inflating tactics, spending record sums on stock buybacks, and grabbing huge raises while workers and consumers struggle with rising costs.

As an example, Unrig Our Economy NYC Campaign Director Clare Cecil pointed to the following: “Last week, Exxon Mobil’s wealthy shareholders reaped new profits after the company’s shares hit an all-time high amid gas prices surging above $5 per gallon in Staten Island and elsewhere. That’s on top of Exxon Mobil reporting that its first-quarter profits for 2022 doubled from last year – up to $5.48 billion – and announced billions in stock buybacks. Such disheartening news is only made worse by the fact that right before Memorial Day, Congresswoman Malliotakis – who invests personally in Exxon and has taken nearly $120,000 from the oil and gas industry – voted against reining in price gouging by oil companies. In other words, not only does Rep. Malliotakis get rewarded with campaign cash for enabling industry to price gouge New Yorkers, but she also enriches herself personally from it.”

About Unrig Our Economy NYC

Unrig Our Economy NYC is a local campaign to fix the rules of our economy to make it work for working people. When the middle class does well, all of us do well — which is why we’re fighting on behalf of working Americans and holding greedy and the politicians who enable them accountable.