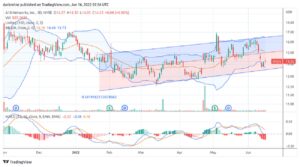 A10 Networks (NYSE:ATEN) is an important 5G infrastructure company that helps to optimize 5G traffic flow whilst also securing this traffic against bottlenecks and cyber attacks. The company’s bread and butter are providing application delivery controllers, but its cybersecurity products have become increasingly in demand. 5G is one of the most significant supercycles of this decade, providing faster internet access with lower latency for mobile users, and it’s currently growing at an astonishing rate of 49.8% per year. A10 Networks has already played a role in enabling 5G in several key markets, including working with SK Telecom to secure its 5G infrastructure in South Korea. A10 Networks looks set to continue to build on this accomplishment to further its top and bottom-line growth.

A10 Networks experienced strong growth in earnings and product revenue in Q1’22. The business also succeeded in growing its most important operating segments. Revenue increased to $62.7M, up 14.3% YoY. Its security-led operating segment, which contributed a sizable amount to its overall revenue, grew 20.1% YoY. Unlike many tech stocks during Q1 this year, A10 Networks also managed to grow its GAAP net income, which grew to $6.3M, compared to $2.7M in the first quarter of 2021. Adjusted EBITDA stood at $13.5M, which represented 21.6% of revenue.

Aside from the strong earnings results for Q1, A10 Networks also reported that it had repurchased shares and declared a quarterly cash dividend. The company repurchased 2.1M worth of shares for a total of $28.M to drive up their value for investors. A dividend of $0.05 per share will be paid to stockholders on the 16th of May, 2022.

A10 Network’s CEO and President Dhrupad Trivedi gave the following remarks regarding the company’s performance in Q1’22. Trivedi stated that cybersecurity will lead the company’s growth moving forward despite facing challenges in Asian markets due to supply chain shortages and changes in buying patterns. Overall, the company’s improved sales execution has allowed the company to grow above its revenue and profitability targets. Trivedi signed off by saying that he expects the company to reach the high end of its guidance with top-line growth of 10 to 12% and an EBITDA of 26 to 28%.

A10 Networks Has Quality Earnings

Part of what makes 10 Networks a strong player in the 5G space is the quality of its earnings and revenues, with most of it coming from bluechip companies. The company has over 6,800 customers on its books, and many of them are marquee names such as Yahoo! Japan, NEC, and major telecom providers such as Deutsche Telekom (FRA: DTE). What this means for investors and the company is that the majority of its earnings are recurring quarter-to-quarter. A10 Networks boasts a 118% net dollar retention rate (NDR), meaning its customers are sticking around with a low rate of churn. Management has a goal of boosting its NDR metric to 120 to 125% in the foreseeable future.

A10 Network’s technicals are unlike many tech stocks. While most companies in the IT industry experienced massive sell-offs starting in January 2021, this company enjoyed a considerable rally. The company is currently up 32.82% YTD, which beat the market by a considerable margin. The S&P 500 is currently down 20.99% YTD, while the tech-heavy NASDAQ is down considerably more at 29.90%.

Over the short term for the stock, the trend is currently heading to the upside as can be seen by the long-term linear regression channel that started in January. However, momentum has very recently shifted downwards, possibly due to worsening sentiment and the specter of a recession looming on the horizon. In the immediate timeframe, the technicals are pointing toward a reversion back to the $15.10 level. 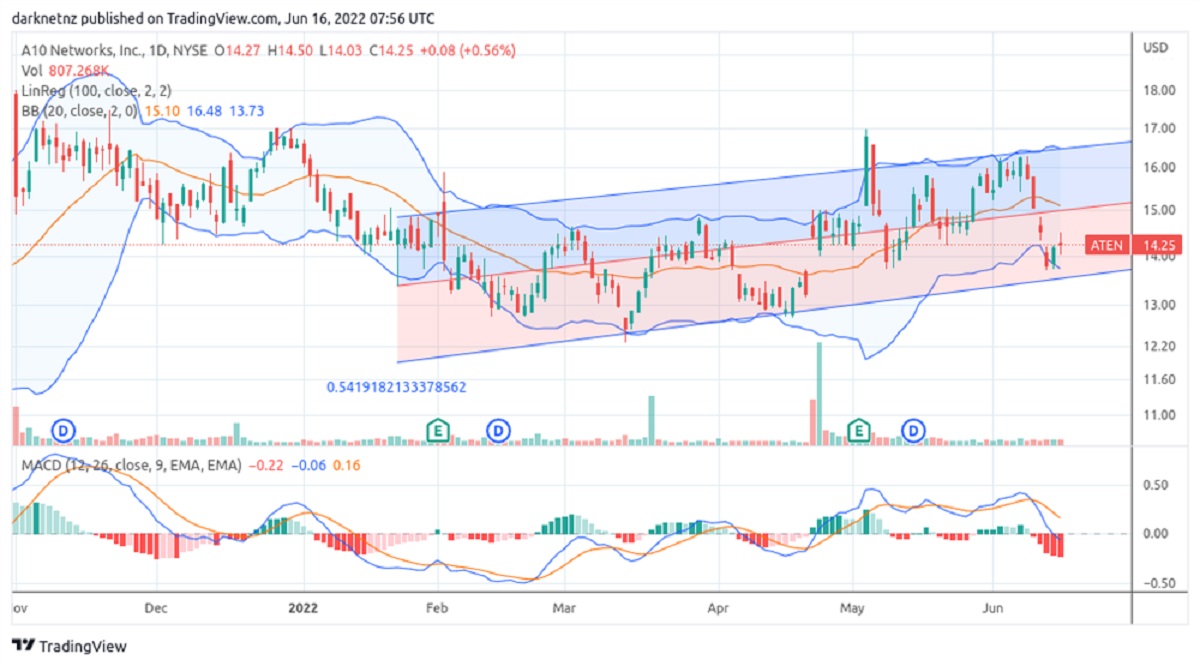 Before you consider A10 Networks, you’ll want to hear this.

MarketBeat keeps track of Wall Street’s top-rated and best performing research analysts and the stocks they recommend to their clients on a daily basis. MarketBeat has identified the five stocks that top analysts are quietly whispering to their clients to buy now before the broader market catches on… and A10 Networks wasn’t on the list.

While A10 Networks currently has a “Buy” rating among analysts, top-rated analysts believe these five stocks are better buys.