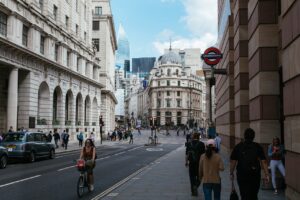 In light of today’s decision from the Bank of England to hike interest rates by 25bps, below are comments from Giles Coghlan (HYCM), Jatin Ondhia (Shojin) and Gemma Boothroyd (Freetrade) reacting to the news.

Giles Coghlan, Chief Analyst at HYCM said: “Today, the Bank of England has held its nerve with a dovish 25bps hike, in light of slowing growth and the prospects of a negative 2023 GDP. Prior to the announcement, the most recent surge in inflation from the U.S. had caught the attention of short-term interest rate markets (STIR) for the BoE this week, with analysts pricing in a 71% chance of a 50bps hike in the run up to the announcement.

“On this occasion, however, the central bank has opted to resist temptation. Faced with mixed signals from the U.K. economy, the Monetary Policy Committee has had to weigh a tight labour market, the cost-of-living crisis and surging energy prices against Government intervention with fiscal stimulus. With the threat of triggering Article 16 also looming in the backdrop, policymakers clearly want to avoid hitting the brakes too hard on an economy that is already stalling of its own accord. Traders and investors should watch for GBP weakness and a potential rate cut in 2023.”

Jatin Ondhia, CEO of Shojin: “Today’s decision is no surprise; the Bank of England’s dovish stance is expected as its battle with runaway inflation is only just beginning. In reality, the question right now is how much higher will interest rates go?

“Given the current macroeconomic challenges, it is imperative that investors monitor how different markets and assets are faring, rethinking their strategies accordingly. Diversification and agility could prove key in navigating this testing climate, and it should be expected that most resilient markets – such as real estate – will continue to attract investor demand, particularly among those seeking relatively safe options that stand a chance of keeping pace with inflation.”

Freetrade analyst Gemma Boothroyd said: “The market saw this one coming. Even before the rate rise, UK banks had a skip in their step earlier in the week.

After all, they’re the ones primed to benefit here but selectivity is the name of the game now more than ever. UK banks were not created equal and those with huge mortgage books will start to look very different from trading-heavy firms.

Mortgage lenders will raise rates, making buying a home more expensive. That’s bad news for Britons looking to get a leg up on the property ladder, but good news for the banks’ coffers.

Renters might see their monthly payments taken up a notch. If a landlord can legally raise rent, they probably will.

As for credit card payments, interest charges could get bumped up too. It may be a few payment cycles before that happens though, and you would be informed if it did.

The rate rise will ripple through the market, hitting firms with differing intensities. We’ve already seen companies in growth mode take a share price hit as lofty valuations look even harder to justify amid rising rates. Now, the sting will probably be felt among even the reasonably priced companies.

We’ve been here before. And if you have a long-term investment horizon, this is a storm a diversified portfolio should be able to weather. Lower-priced shares for good companies might be a good buying opportunity. That’s especially the case in the UK, where shares are trading at valuations well below those across the pond.

So it’s not all bad news. There’s an opportunity to take advantage of a drop in the market if you have a long-term outlook for your investments. That’s not to say every share price fall should be seen as a deal, but it’s worth keeping a keen eye out for the companies seemingly being unfairly punished.”