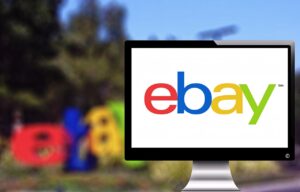 eBay (NASDAQ: EBAY) is an American multinational e-commerce company based in San Jose, California. eBay’s business model is not entirely insulated from the shocks of the broader economic environment, and this dynamic was reflected as revenue declined slightly for the first quarter. The model relies primarily on discretionary goods, which are usually the first to take a hit as inflation affects consumers’ pockets. Regardless, eBay continues to trade at a cheap valuation, and when the one-time adjustment from the loss of investments is removed, the company continues to be quite profitable. And since the stock hovers in value territory, it could offer long-term buy-hold opportunities for investors.

The stock is down over (49%) from its 52-week high as the broader sell-off continues to weigh on e-commerce stocks. However, eBay’s management outlined in their latest earnings call how they will streamline its operations to get back on track in terms of sales. Additionally, eBay continued to add a range of new product solutions to its platform, including a Digital Wallet, expanding the availability of Klarna on its platform, and offering a range of new currency options for its users, as it looks to get out of the rut it has been in for the last few years.

On top of adding new products, eBay continues to focus on what it refers to as enthusiast buyers. These buyers are becoming a significant percentage of eBay’s 160 million total customers. They tend to make multiple purchases, have a higher spend, and buy multiple times. With a focus on bringing in customers with a higher average spend, and a big part eBay plans to turnaround stagnant revenue revolves around improving profitability rather than focusing on growth alone.

It’s well known that growth continues to be an issue primarily due to the company’s poor execution beyond its traditional markets. eBay has had mixed results in its global expansion, which is expected to be the primary source of growth in the future. While it has done well in the U.S., the United Kingdom, and Germany, it continues to struggle elsewhere. For example, it has never been able to compete in China, where it could never adapt to local needs and lost out to local players. As a result, investors could remain on the sidelines until they believe management can properly in underpenetrated markets.

What else is management doing to turn around eBay’s business?

eBay’s management had decided on several steps that it believes could help improve growth. One of the ways it is trying to improve its fortunes is by increasing ad revenue. Ad revenue remains a relatively small part of the company’s overall revenue and management hopes to bring in higher ad spend through mutual collaboration.

In addition, management has tried to improve its core business by adding and improving on categories that aren’t well represented by competitors such as Amazon. These categories include goods such as watches, hands bags and other general luxury goods. However, it remains to be seen whether these newer categories will increase merchandise sales.

Revenue for eBay continued to decline across all important geographies during the latest quarter as negative macroeconomic trends weighed on consumers.  The three significant countries that eBay sells to, the United States, the United Kingdom, and Germany, all witnessed declines; meanwhile, the rest of the world witnessed a 14% increase in revenue. Sales in the first quarter came in at $2.48 billion, and sales could continue to be weak, in the coming quarters, as the global economies continue to slow down, this may result in a further decline in revenue. However, some of the declines are likely to be offset by increased sales from the ‘rest of the world’.

Despite the declining revenues profitability for the company should remain intact as a one-off adjustment no longer affects the bottom line in the coming quarters.  Projections estimate that net income will come in at around $2.5 billion for the year.

With solid cash flows combined with a forward P/E ratio of 10, eBay’s valuation remains within the acceptable range. The company has also increased its dividend and buybacks recently, both of which are positive for investors. Therefore, investors aren’t likely to worry about permanent losses due to the sturdy nature of the business and consistent cash flows. Investors may look to eBay as a value opportunity that has firm long-term fundamentals.

Before you consider eBay, you’ll want to hear this.

MarketBeat keeps track of Wall Street’s top-rated and best performing research analysts and the stocks they recommend to their clients on a daily basis. MarketBeat has identified the five stocks that top analysts are quietly whispering to their clients to buy now before the broader market catches on… and eBay wasn’t on the list.

While eBay currently has a “Hold” rating among analysts, top-rated analysts believe these five stocks are better buys.