Stimulus Check From Pennsylvania: State Has Billions In Stimulus Money But Lacks Consensus 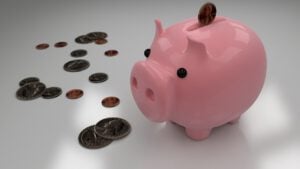 Stimulus Check From Pennsylvania: What Does Gov. Wolf Want?

Pennsylvania still has about $2.2 billion in stimulus funds, as well as about $4.9 billion in surplus tax revenue. Lawmakers on both sides of the aisle have come up with several proposals to use these funds. However, the state legislature has failed to reach a consensus so far. The stimulus money, if unused, will be sent back to the federal government by Dec. 31, 2024.

Among the many proposals put forward, the most popular is from Governor Wolf. The Governor’s plan, called the PA Opportunity Program, calls for using $500 million of the excess American Rescue Plan Act money to provide financial aid to families with annual income below $80,000.

“The cost of everything from gas to groceries is a little higher right now than it was just a few weeks ago and for Pennsylvanians living paycheck to paycheck even a small increase in expenses can mean painful decisions like paying for food or rent,” Gov. Wolf said in a press release earlier this month.

Gov. Wolf introduced a $1.7 billion proposal in February to use Pennsylvania’s $2 billion in federal ARPA dollars. Democratic leaders in the Senate and House have come up with legislation (Senate Bill 1204 and House Bill 2531) to support Gov. Wolf’s PA Opportunity Program.

What Does The Other Side Want?

Gov. Wolf released a budget proposal earlier this year that sets aside billions more for education and infrastructure. Republicans, however, countered it, arguing that additional spending would be fiscally irresponsible.

The Republican-led General Assembly in the state reportedly argued that Wolf’s plan could further fuel inflation. Republicans support a different proposal, called the Whole Homes Repair Fund. The proposal offers grants to homeowners and landlords to carry out renovations (in the Coal Region) on dilapidated properties.

Apart from these, there are proposals to fund higher education, K-12 education and infrastructure, paid family leave, and more. Pennsylvania lawmakers face a June 30 deadline to pass a new budget.

Both Republicans and Democrats may be supporting different proposals, but both sides do agree on using the funds for environmental projects, including state park repairs, Chesapeake Bay clean-up efforts, land preservation and clean water projects.