Vladimir Putin: “Sanctions Against Russia Will Cost The EU Over $400Bn” 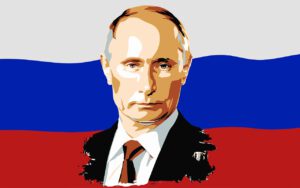 Vladimir Putin considers that the economic “blitzkrieg” launched against the Eurasian country by the Western powers was doomed to failure and has warned that the sanctions are a double-edged sword. The Russian President estimates they will cost the European Union over $400 billion.

As reported by CNBC, Putin said in the framework of the International Economic Forum in St. Petersburg: “The economic ‘blitzkrieg’ against Russia had no chance of success.”

He defended that the weapon of sanctions “is double-edged” and inflicts comparable damage “and even greater” to the same ideologists.

“According to experts, the direct losses of the European Union due to the fever of sanctions during the next year alone can exceed $400 billion,” he added.

For Putin, this is the bill to pay for adopting “decisions divorced from reality and against common sense.”

In Putin’s opinion, the calculation of the Western powers was intended to, “with one blow,” crush the Russian economy through the destruction of commercial chains, the forced withdrawal of Western companies from the Russian market, the freezing of national assets, thus hitting the industry, finances, and people’s living standards.

Putin added that the economic situation in Russia is gradually returning to normal, with the first stabilization of the financial markets, the banking system and the commercial network, which has allowed liquidity to be injected into the economy and working capital to maintain the stability of companies and jobs.

In this sense, the Russian president has recalled that three months after the massive package of sanctions applied against the country, the inflation rate has begun to moderate and, although he has recognized that the 16.7% of the last reading is still too high, has also pointed out that several economies in the eurozone register price increases of over 20%.

“European politicians have dealt a heavy blow to their economy. They did it with their own hands,” Putin said.