Inflation In the U.K., The Highest Within G7 Countries 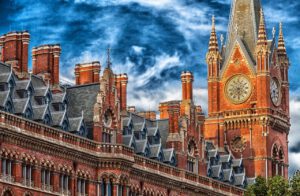 Inflation in the U.K. has soared to 9.1% in May, the highest in 40 years and among the nations comprising the Group of Seven. According to a Reuters poll of experts, the phenomenon is bound to get worse.

Inflation In The U.K.

As reported by CNN Business, U.K inflation in May was up from 9% in April to become the highest since March 1982 according to data from the Office for National Statistics (ONS).

The country is in a worrying position since several factors are increasing the talk of recession, among them the high price of energy imports and the impact on trade with the EU amid Brexit —which has worsened the cost of living with a direct impact on wages.

Jack Leslie, senior economist at the Resolution Foundation think tank, said, “With the economic outlook so unclear, no one knows how high inflation could go, and how long it will continue for —making fiscal and monetary policy judgments particularly tough.”

The ONS said in its report: “Rising prices for food and non-alcoholic beverages, compared with falls a year ago, resulted in the largest upward contribution to the change in both the CPIH and CPI 12-month inflation rates between April and May 2022 (0.17 percentage points for CPIH).”

According to the Bank of England, inflation in the U.K. will stay above 9% until October when it will reach 11% on the increase of regulated household energy bills.

The regulator has increased interest rates five times to curve inflation while preventing matters to get worse by keeping these hikes below what has been seen in the U.S. or Switzerland.

Paul Craig, portfolio manager at Quilter Investors, said: “Disappointingly, the cost-of-living crisis is not going to be a short-lived affair, and this ultimately leaves the Bank of England stuck between a rock and a hard place.”

“While the U.S. has acknowledged the need to go hard and fast on interest rates, the Bank of England continues to plod along at a slower pace, trying not to tip the economy into recession at a time when businesses and consumers are feeling the pinch.”