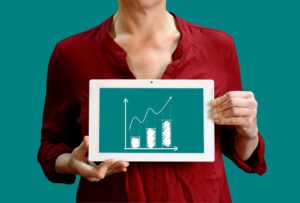 A new study by Forbes Advisor  has uncovered that four in five Americans (85%) are being forced to change their purchasing habits, as a result of rising inflation. A new survey of 2,000 Americans reveals how inflation has affected people’s lives—and how they expect it to change in the foreseeable future.

Household Budgets Are Strained For The Majority

Findings have laid bare the harsh reality that household budgets are greatly strained across the country. When respondents were questioned about spending against their current budget, the majority (78%) expressed there was very little wiggle room. Of this, more than one quarter (26%) claimed that they had already spent more than they could afford. Furthermore, 27% of respondents’ claimed to be at their spending limit and 25% stated that they have little space left in their budget.

Less than 10% of respondents had “a lot” of space within their budget. Meanwhile, 8% of people do not have a budget, while 5% chose not to disclose their finances.

Earlier this month it was announced that food prices have risen 11.9 percent over the last 12 months. This is the greatest 12-month increase American’s have faced since the period ending April 1979. More than this, people are dealing with rises in more essential bills; from energy to electricity and fuel. As a result, our study found that many are increasingly reliant on their credit cards.

To make ends meet, two fifths (40%) of survey respondents with credit cards are using them more often. Over one quarter of respondents (26%) have more recently started carrying a balance on their credit card to cover their monthly spending, in addition to 38% who were previously. Although consumers seem to be more reliant on credit cards, 64% of respondents are concerned about how increasing interest rates are going to affect their debt.

Where Are People Making Spending Cuts?

With many struggling to keep within budget in such uncertain circumstances, Forbes Advisor looked to uncover where people had made the most cutbacks. Unsurprisingly, it is nonessential items that have been hit the hardest, with two thirds of respondents spending less on discretionary items, including entertainment and socializing.

Further to this, only 9% of respondents stated that inflation has not impacted their travel plans. Almost one third (29%) have been forced to cancel or postpone a trip and 34% are traveling less often as a result. Meanwhile, over one in six (17%) are downgrading their travel experience to a more affordable option.

Additionally, 70% are choosing to delay spending on major unplanned purchases. However, this may not be so easy to do in the long term. Schedule flexibility for household repairs or new vehicles may later become urgent needs and sources of financial pressure, Forbes Advisor have warned.

When questioned on how people are modifying their spending habits surrounding essential items, consumer behaviors varied. Over one third of respondents have not amended the items they’re purchasing but simply have to spend more money on them – hence eating away at their budget. However, over half (54%) are making conscious decisions, in order to attempt to stay within their budget – be it choosing alternatives or buying smaller amounts. Trying to change your spending habits and budget carefully is a great way to help ensure you do not end up in financial trouble down the road.

Those aged 18 to 25 are primarily cutting back on costs related to transportation and food/essentials to manage climbing inflation. The report found that Gen Z are  more willing to reduce their spending when it comes to essentials, over discretionary items.

Less than one in five Gen Z participants admitted to cutting back on entertainment/socializing (18%), as well as leisure/travel (18%). Contrastingly, this was the opposite for those aged 26+, where the majority are prioritizing essentials within their budget, as opposed to life’s luxuries.

Additionally, there is a great disparity when it comes to concerns over increasing interest rates. Just 53% of those 18-25 expressed concern over rising rates, in comparison to 72% of millennials (aged 26 to 41) and 74% of Gen X (aged 42-57). Despite this, Gen Zers are most likely to be carrying a balance on their credit card. Our survey discovered that over three quarters (76%) are carrying a monthly balance, compared to 74% of millennials and 65% of Gen X.