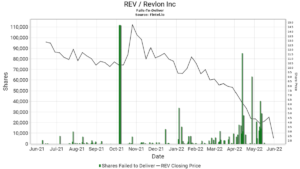 REV’s share price has fallen 48% since the beginning of the year, fuelled by investor rotations out of unprofitable companies with the onset of rising interest rates.

The stock has been discussed by redditors at Wall Street Bets over the last week, with one calling it “a hit attempt from shorters” and comparing the company’s position to Hertz’s similar situation in 2020. 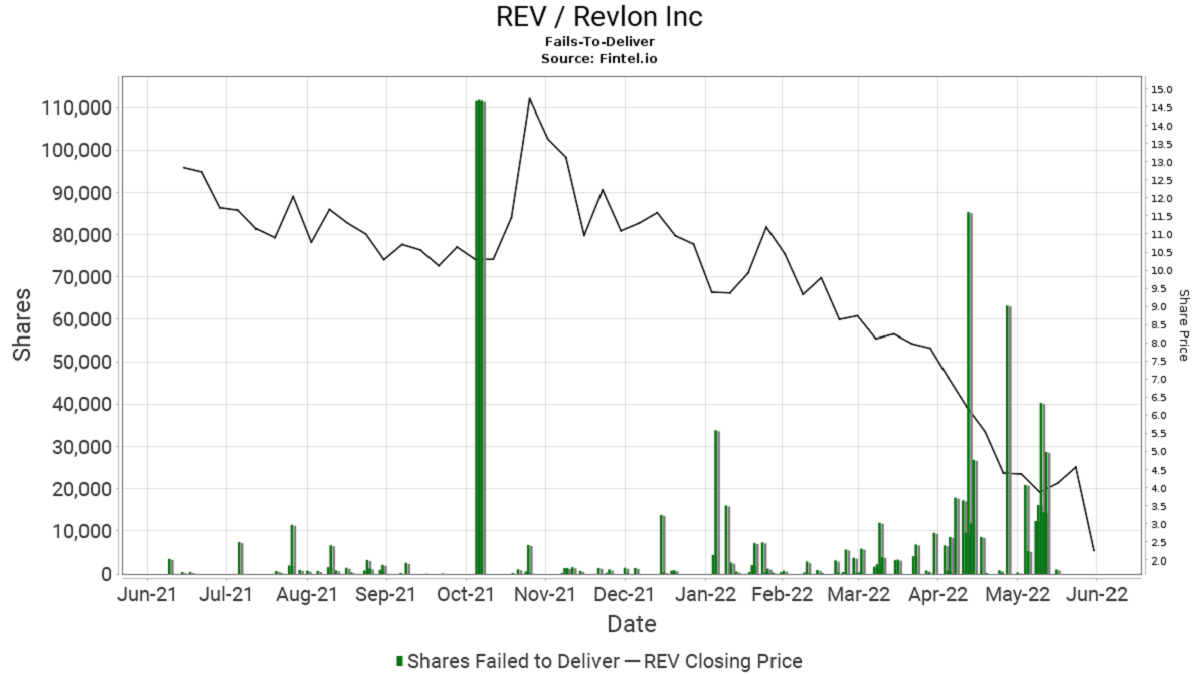 The significant rally and displacement in short markets has driven the stock to the top of the Fintel short squeeze leaderboard with a score of 98.01.

The graph to the right shows the share price over the last year with short positions that failed to deliver shares, showing some correlation with a spike in prices.

Short interest in the stock has grown 64.11% over the last month as the share price continued to sink with speculation growing that the company would file for bankruptcy.

Analyst Stephanie Wissink at Jefferies covers the stock with a ‘hold’ rating and gives a $10.50 price target.

Wissink last reported on Revlon after the Q4 update, noting the result reflected measured directional progress for the company with increased demand offset by a challenging supply chain landscape.

Options market sentiment during the last three months swung from positive to negative and back as retail money fought the shorts. try to unde

The Fintel platform calculates a put/call ratio of 0.41, which suggests current call volume outweighs put volume in the market. 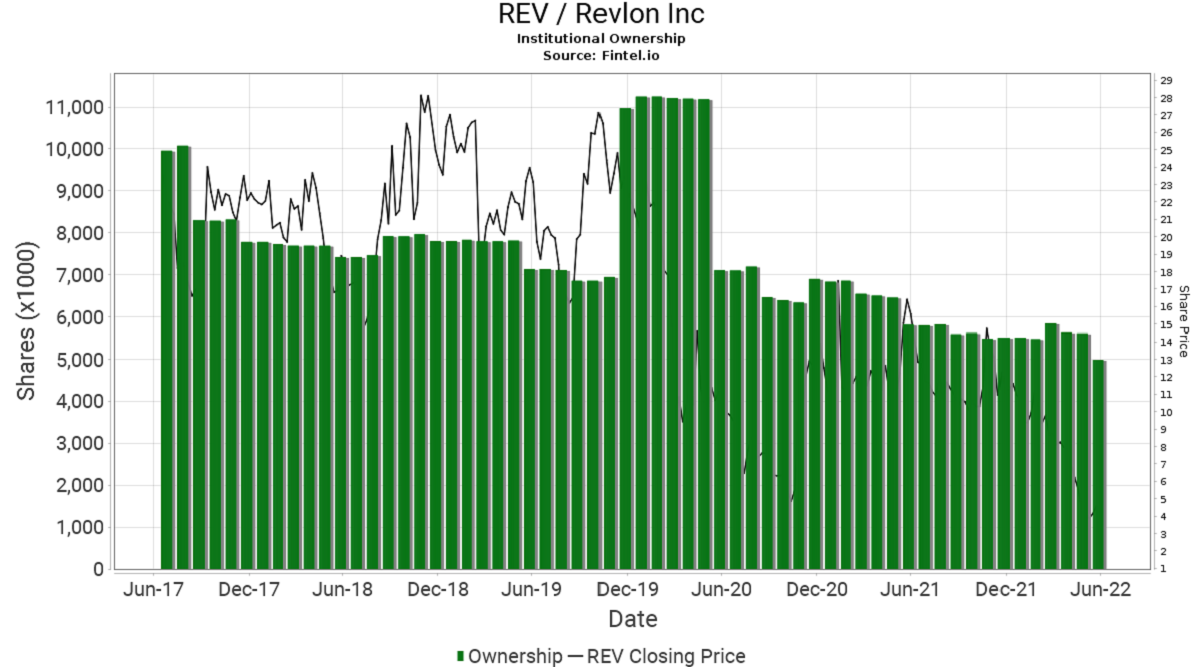