A Week Of Consolidation 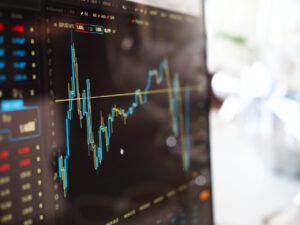 A week of consolidation in stock markets after last week’s rout, with Europe looking to end the week with small gains.

It hasn’t been the blockbuster week that last was. But that’s only natural, last week we had a wrath of big central bank meetings and rate announcements. This week, policymakers have been out there reaffirming their positions, offering nothing new of note that will shift the dial in the markets.

Which is probably a good thing considering the scale of the losses that we’ve seen this month. We remain where we were a week ago, central banks are mostly determined to get a grip on inflation, even if that means tipping their economies into recession. There are plenty more super-sized rate hikes to come over the summer.

Consumers Feeling The Pinch Amid The Cost-Of-Living Squeeze

The Bank of England is the outlier here as they’ve seemingly thrown in the towel on the economy already. The central bank is proceeding with 25 basis point hikes in the hope of limiting the damage to the economy while bringing inflation back to a more acceptable level. It looks like a risky approach at the moment but there’s no doubt the economy is already suffering more than most as the cost-of-living squeeze takes its toll.

The retail sales and consumer survey data this morning were another reminder of that. The GfK consumer confidence reading hit a record low this month while retail sales fell 0.5% in May, alongside a substantial downward revision in April. While government support for households may help consumer activity later this year, the inflation squeeze is going to continue to be a drag which doesn’t bode well for the economy. A recession is coming.

The prospect of a recession has made waves across financial markets and commodities haven’t been immune. Oil prices have undergone quite a significant correction over the last couple of weeks as traders adapt to the increased recession risks, one of the few things that could partially address the imbalance in the market. Oil prices are paring losses at the end of the week but a little more two-way price action may be on the cards. Risks remain more tilted to the upside as a result of the tightness in the market but if we continue to see recession risks rise around the world, that could change.

Very little has changed as far as gold is concerned. It remains rangebound, although interestingly it hasn’t received a lift this week from yields creeping lower. The dollar holding steady may be a factor in this but clearly, there’s little appetite at the moment for a breakout in either direction and so the consolidation may continue for some time.

Bitcoin has also enjoyed a period of consolidation this week which will come as a relief to many, considering the break below $20,000 last weekend. This weekend could be another testing period for the cryptocurrency, despite the resilience shown this week in holding back above such a major level. The support still looks shaky below and another break could see confidence in the space really put to the test.