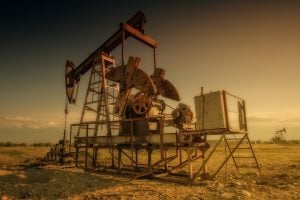 SACRAMENTO, CA –  Elementary, middle and high school students from across the state converged on the Capitol today to stand in silence, their raised hands painted red, inside the hearing room of the Assembly Public Employment and Retirement Committee, where Chair Jim Cooper refused to debate a bill for fossil fuel divestment.  Youth activists with Youth Vs. Apocalypse, Youth Climate Strike Los Angeles, Fridays for Future Sacramento also held a press conference to speak out about their plans to continue to fight for divestment from an industry they call racist, destructive, and deceptive.

Senate Bill (SB) 1173 would have redirected the approximately 10 billion of public pension fund money that is currently invested in the oil, gas and coal industries.  The bill had been passed by the state Senate and was scheduled to be heard in Committee this Wednesday.  Marlay’ja Hackett, a fifteen year old activist from Oakland, CA, had been scheduled to speak as an expert witness in support of the bill.

However, amidst mounting public and legislative support for the bill, Committee Chair Jim Cooper abruptly announced that the debate and vote on the bill would not happen.

Youth rallied to express outrage that a single person, Assemblymember Jim Cooper, the recipient of $218,186 dollars in fossil fuel industry campaign contributions, would be able to unilaterally silence debate and block a key vote on whether the state will continue to invest billions in an industry that threatens not only the habitability of our planet, but also the day-to-day health of many Californians, predominantly people of color.

CalPERS & CalSTRS have doubled down on their shareholder engagement policy – despite voting “no” on majority of climate resolutions this Spring – failing to achieve even the bare minimum of their own policies’ claims; have dangerously overstated the cost of divestment, and missed out in billions in returns by failing to divest.

Assemblymember. Jim Cooper – Chair of the Committee, who has received donations from Big Oil – may have attempted to silence youth voices. But young people are gathered  to show that they cannot be silenced and that the fight will continue.  At the Capitol, they met with legislators, including bill author Senator Lena Gonzalez, who vowed to continue the fight to redirect public funds out of the fossil fuel industry.

“The elected officials who refused to support our bill are smart people. They have the brains it’s just that they have no heart. But that will not stop us. We will keep pressing our representatives to a bill for divestment from fossil fuels.”

“Being a 15 year old young woman from a neighborhood with high levels of pollution, Jim Cooper refusing to even hold  a vote on divestment, and to keep investing in fossil fuels feels like a slap in the face . It tells me that some of our politicians, just like these companies, have no regard for me , my community or our lives. Today I want every elected official and power holder  to put us first, give the next generation a chance . We won’t stop fighting. No one said it was going to be easy. But we need your help. Fight for us. Fight for a better world.” said Marlay’ja Hackett, 15, Youth Vs Apocalypse Organizer

“Those in power may think they have good intentions, but our current reality is that climate action is not being taken. And we are already dealing with the consequences. I need every person in power to look past their own fear and defensiveness, and to start fighting for climate justice like our lives depend on it, because they do. And to everyone who is not a politician or CEO, who feels powerless and afraid, we are with you. We are doing this work and we will not stop. Politicians and executives would like us to think that they run everything. But they’re just people sitting in rooms of office buildings, and they don’t expect us to come knocking at their doors. We may not have passed our bill this year but we will be back, not just in the legislative buildings or at the capitol but in the streets, in our own communities, continuing the fight for climate justice.” said Raven Fonseca Jensen, 18, Youth Vs Apocalypse Organizer

“Although it is hard to hear that Bill SB1173 got killed, I am extremely grateful and honored to have been give the amazing opportunity to work with my fellow youth organizers and adult allies. The journey of meeting so many great and powerful people throughout these past years, especially people of power like Senator Gonzalez, who use their influence to fight with us, has been motivating and empowering to continue this work that can be mentally draining.” said Christopher Soriano, 15,Youth Vs Apocalypse Organizer

“As a teacher, I appreciate democratically elected representatives like Senator Lena Gonzalez & Senator Scott Weiner for using their power, platform, and voice to advocate for youth, younger and mid-career BIPOC teachers, and frontline communities. People in my profession do this work because we are investing in the future, and already are underpaid. The last thing I want to do is risk my hard-earned money on a losing venture with no future – and fossil fuels are a dying industry.” Said Cory Jong, Oakland Teacher

“It’s quite amazing speaking and listening to Senator Gonzalez, she is a wonderful and strong speaker. It’s so inspiring as a brown girl to see other brown women hold government positions such as hers. It’s comforting to see faces like yours.” Said Kiana Diaz, 15, Youth Vs Apocalypse Organizer

“Even though some of us couldn’t speak today, we still showed a message they will not forget. It was an honor to see all the supporters including Senator Gonzalez.” Said Samuel Adeyeye, 15 Youth Vs Apocalypse Organizer