What Has Activist Investor Carl Icahn Traded During The Quarter? 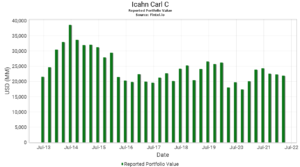 Wall Street reveres Carl Icahn as one of the most successful activist investors of the last several decades. He invests in companies through his publicly traded company, Icahn Enterprises LP (NASDAQ:IEP) and in an investment fund with his funds.

An activist investor is a shareholder who uses their equity stake in a company to influence how it is run by placing pressure on management. It can sometimes include the investor obtaining seats on the board to push for a major change in the company. 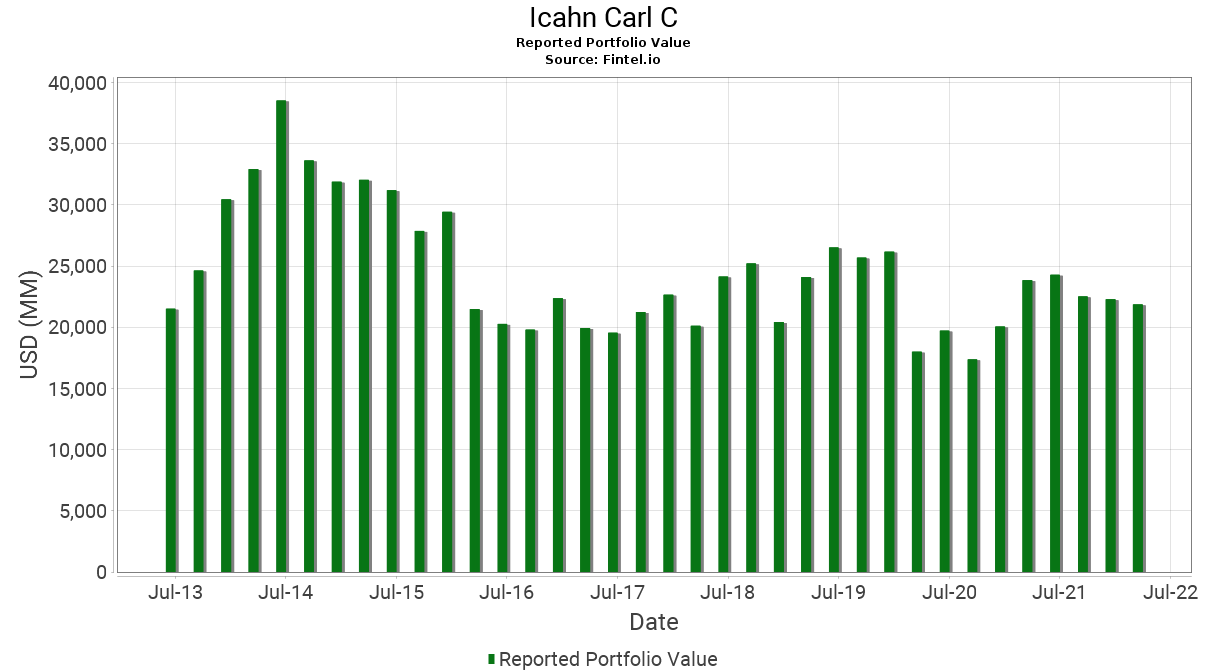 Icahn currently holds 16 positions disclosed with the SEC in companies with a total value of almost $22 billion.

The graph to the left illustrates the reported portfolio value for Carl Icahn over the last ten years of disclosed positions:

Some of the investor’s most recent trades include that have occurred by the investor during the quarter have included the following:

On June 3, Icahn Capital revealed the purchase of 5.08 million shares in Southwest Gas Corp (NYSE:SWX), revealing the 7.6% stake in the company via an initial 13D filing with the US Securities and Exchange Commission.

The SWX position reaffirms his bullish views on the oil and gas sector and stems from a settlement reached with the company in early May.

The activism push in the company was a result of management’s plans to buy ‘Questar Pipelines’, which he deemed ‘not good for shareholders.’

The issue resulted in a CEO transition and the change of several board directors.

Icahn has been on the Xerox share register for several years amidst his efforts to push the company to merge with rival HP. In February 2020, Icahn suggested that HP should buy out Xerox at $45/share, a deal that never proceeded.

In April, Icahn cashed out of other energy firms, taking advantage of skyrocketing oil prices to take profits near fifty-two-week highs.

These included selling down 50% of his stake in both Delek US Holdings (NYSE:DK) and Occidental Petroleum (NYSE:OXY) and reducing his Cheniere Energy (NYSEAMERICAN:LNG) position by about 20%. Icahn still owns a 3-5% in each of these companies following the sales.