Warren Buffett To Donate His Wealth After His Death – Who Will Benefit? 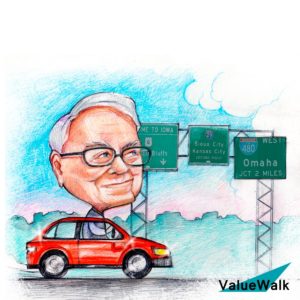 Warren Buffett, the seventh richest person in the world, promised to donate 99% of his wealth to NGOs after his death. The “oracle of Omaha” will turn 92 in August but has not confirmed which organizations will receive his money.

In 2010, Fortune reports, Buffett signed in 2010 that he would give 99% of his wealth “throughout his life or after death” to organizations that take care of the health and well-being of people.

The money will have to be distributed over a maximum of 10 years after his death —as he left in writing— and would come from the liquidation of his shares in Berkshire Hathaway Inc. Class A (NYSE:BRK.A), the fund he has run since 1965.

Buffett’s fortune now stands at $96.9 billion according to Bloomberg, as he owns 37% of his company’s shares with a value of $417,000 each —they are considered some of the most expensive shares in the world.

At the moment, he has not confirmed which organizations will receive the inheritance. However, the investor has had a very close relationship for years with Bill Gates and his ex-wife Melinda French Gates, the owners of the Gates Foundation, one of the most prominent NGOs in the world.

To date, Buffett has donated billions to the Gates Foundation in the form of class B shares, which has helped this organization become the second-largest donor to the World Health Organization and one of the founders of the Gavi association, a public-private group that promotes global vaccination.

Another NGO that would receive part of his fortune is the organization of the Buffett family, created in 1964 and renamed in 2004 as the Susan Thompson Buffett Foundation, in honor of his deceased wife.

Both the Gates Foundation and the Buffett family have spent years preparing for the day when the tycoon distributes one of the largest inheritances in history.

“Nothing will go to investments, I want the money to be spent on real needs at the time,” Buffett explained in 2010.

According to official documents reviewed by The Wall Street Journal, the Gates Foundation would receive some $56 billion: $17,4 billion would go to four NGOs —including the Susan Thompson Foundation— while about $18,7 billion would still be in the air without a clear addressee.