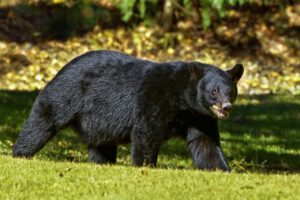 The fragile nature of the current market was on display yesterday.

After being well in the green on the open, stocks corrected strongly yesterday as the day wore on, apparently by the same concerns about inflation and recession risk from central bank tightening which brought on the current bear market that began in earnest in April. The S&P saw its 14th +2% drop for the year.

Unless things change dramatically in the next two days, both the Dow and S&P will post their worst quarterly performance since 2020, the NASDAQ since 2008.

Why aren’t people ready to buy the dip yet?  Earnings – they still haven’t been cut enough to reflect the slowdown so many “experts” are forecasting.

The fear is that in a normal recession earnings drop 20%. That is the source of these bear market rallies: If current earnings estimates largely hold up, the market is oversold and a sustained rally is in the cards.

If recession-caliber earnings cuts are coming, there’s another big leg down in valuations coming. While picking the right stocks will outperform as always, with so much money now tied up in passive index strategies and ETFs, if the market falls into a full recession sentiment, you’ll be able to build positions in better stocks at lower prices.

This makes the upcoming earnings season more important than ever. By the time it’s over, stock indexes will have likely moved several percentage points in either direction.

Better to be cautious and chase the rally than all-in and be wrong. Keep collecting partial positions in quality names on pullbacks and offloading weak earners on rallies in the next couple weeks, but keep plenty of powder dry and be ready to pounce if the earnings relief rally comes.

America’s love of wines from Southern Europe, with France and Italy, especially coming to mind, is a one-sided affair. The U.S. imported almost 6 million hectoliters from France and Italy between August 1, 2020 and July 31, 2021 – worth more than $3.5 billion.  Meanwhile, Europe’s four largest wine exporters imported less than 50,000 hectoliters of wine from the U.S. Source: Statista. See the full story here.