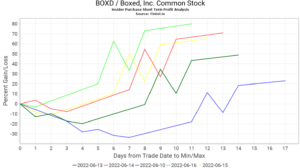 Boxed Inc (NYSE:BOXD) insiders continued to purchase stock during its 80% rout in May and June and their activity caught retail investors’ attention.

Those insider buys appear to have triggered strong retail investor buying activity over the last week and pushed the stock up 1,206 ranks to become the 57th most popular investment for those listing their holdings with the site. 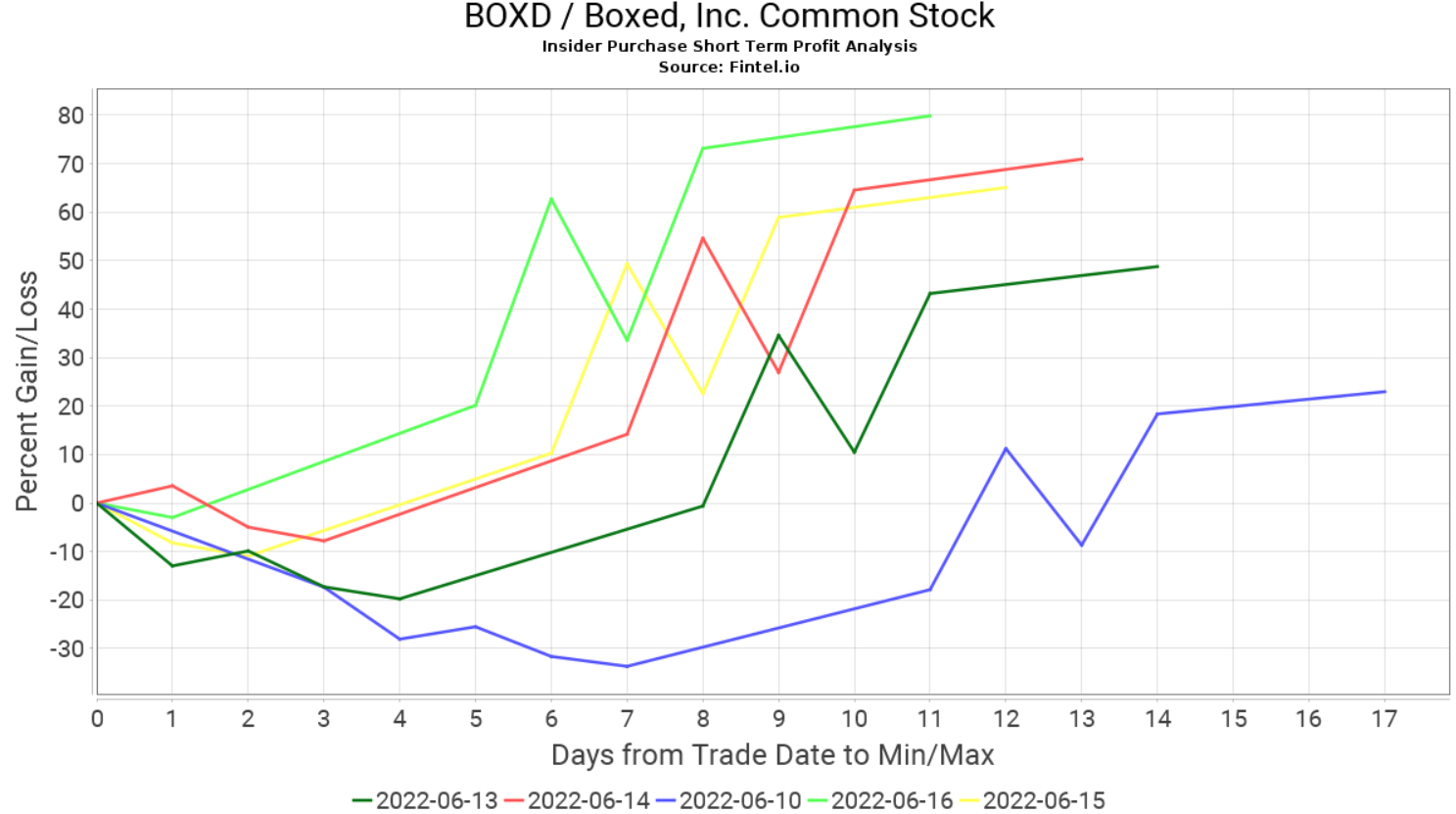 Director David Liu bought his first tranche of 20,000 shares at an average price of $1.66.

Director, Andrew Pearson seized the opportunity to purchase multiple tranches of shares from the 10th to the 14th of June. Pearson bought 150,000 shares at an average price of $1.82 per share for a total value of near 270,000.

The graph to the right illustrates the short term profit experienced by some of the insider trades in June.

These three net insiders have pushed BOXD’s insider and officer accumulation scores to 90.63 and 80.32, respectively. These scores are based on BOXD’s accumulation level relative to over 10,000 screened other companies and placed the company in the top 2.5% of constituents in both categories.

Flat sales and continuing losses hurt the share price as the market rotates into better financed and profitable companies as concerns about rising rates continue.

At the first quarter result release in May, Boxed maintained its full year $220-245 million revenue guidance, and it expects la $70 to $80 million EBITDA loss. The market consensus forecasts are for $225 million for revenue and a $79 EBITDA loss, both at the bottom of the forecast ranges.

DA Davidson hosted Boxed’s management on their technology investor call this week, noting that they believe investors should take advantage and buy the depressed share price. Analyst Tom Forte believes BOXD’s B2C offering is well suited for the inflation environment and believes the SaaS business can help the group outperform peers. The firm remains bullish with a ‘buy’ rating and an $11 target. 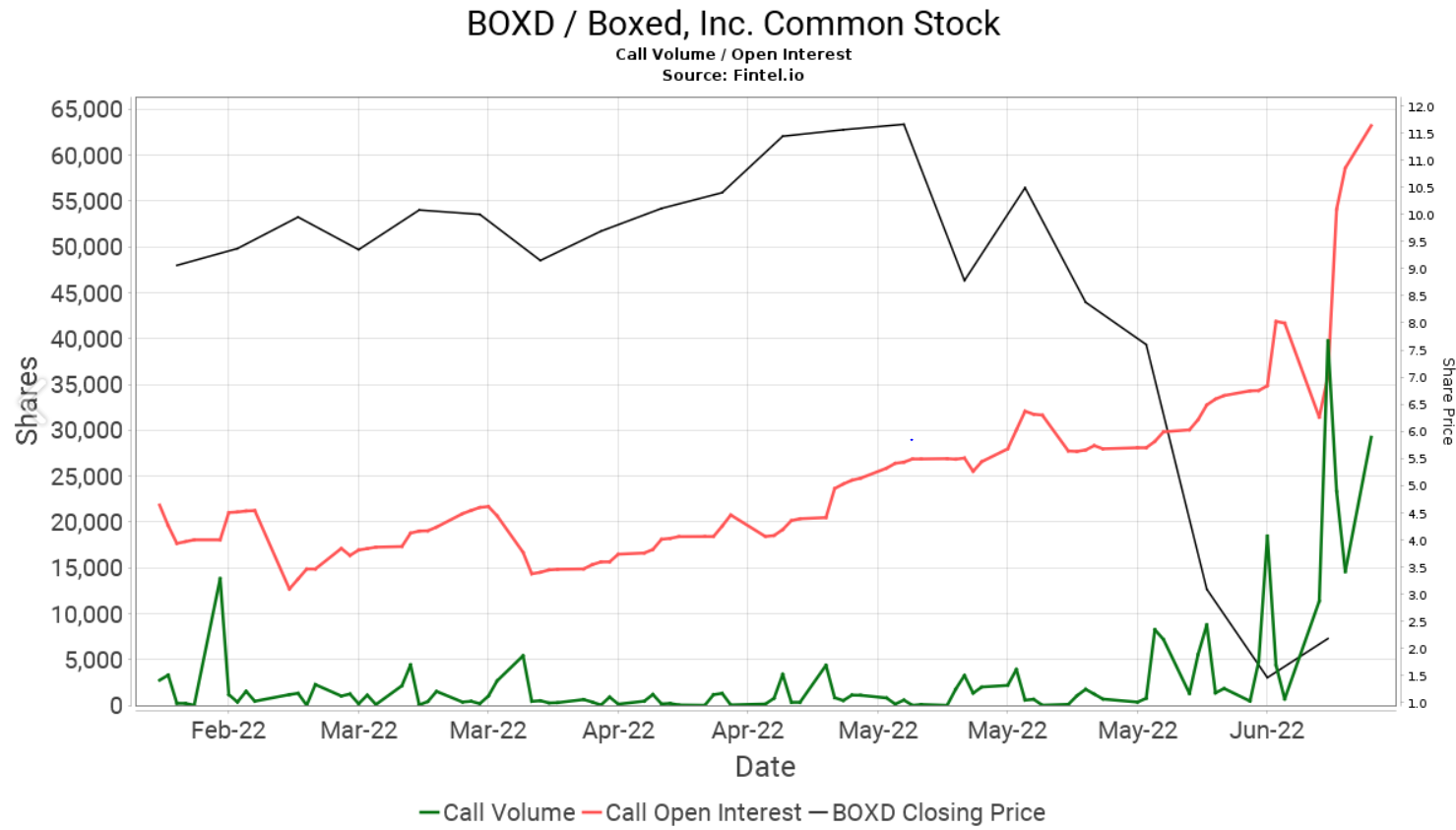 Marvin Fong from BTIG believes the previous quarters’ results were mixed with revenue ahead but EBITDA worse than they had anticipated. The firm remains ‘neutral’ rated, given the company’s growth prospects.

Citibank initiated BOXD in April with a ‘high risk buy’ rating and a $13 price target. After the first quarter results, the firm remained a buyer while reducing its target to $12.

The graph shows the significant increase in call interest and volume.