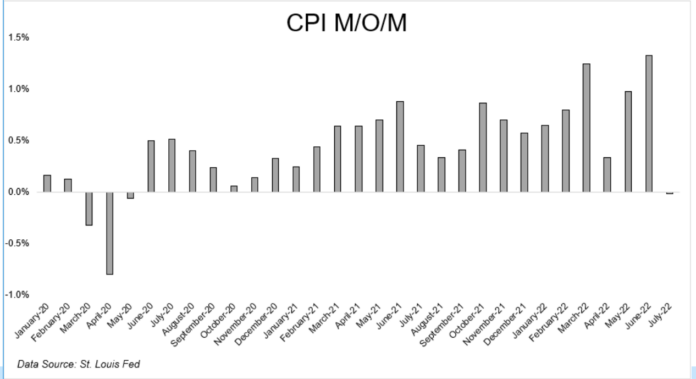 Inflation numbers for July were released today. We learned that consumer prices rose 8.5% from a year earlier, the fourth highest reading since I’ve been alive. And the stock market loved it, with the S&P 500 gaining 2.1% and closing at the highest levels since early May.

Looking under the hood, the food index increased 1.1%, which is the seventh consecutive monthly increase of 0.9% or more. Over the last 12 months, the food at home index rose 13.1%, the largest increase since 1979. Gasoline was 44% more expensive in July than it was a year ago. Airplane tickets are 28% more expensive. Living room, kitchen, and dining room furniture will cost you 20.8% more than they did a year ago. Across the board, your money gets much less now than it did one year ago.

The stock market looked past inflation in the second half of 2021 when CPI was over 5%. But when Russia invaded Ukraine and commodities spiked, the market sold off in anticipation of higher inflation, higher interest rates, and a fed that would jam on the brakes. 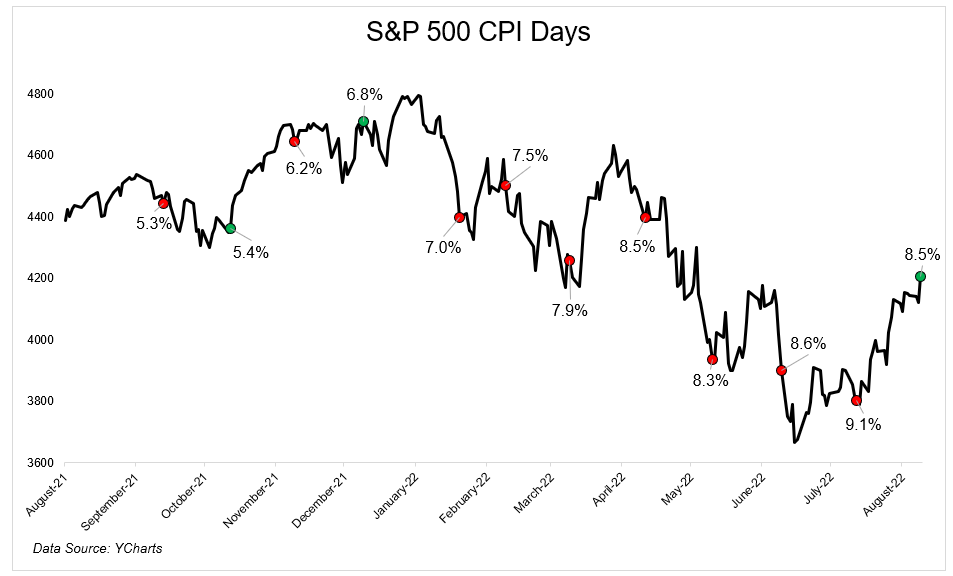 You can see in the previous chart that the market sold off on CPI day for the last seven months, falling 1.4% on average. For the first time since December, stocks were higher on the same day that CPI was released. Why?

The year-over-year numbers are still high, but the month-over-month numbers are cooling rapidly. And if inflation peaked, and earnings were better than expected, and the labor market is still strong, then maybe the fed doesn’t have to be as aggressive going forward.  Maybe, just maybe, they can pull off a soft landing.

Year-over-year numbers are still bad, but the market doesn’t care about good or bad news; it cares about things getting better or worse. This tweet perfectly captures this dynamic.

Month-over-month numbers were flat for the first time since the pandemic started. 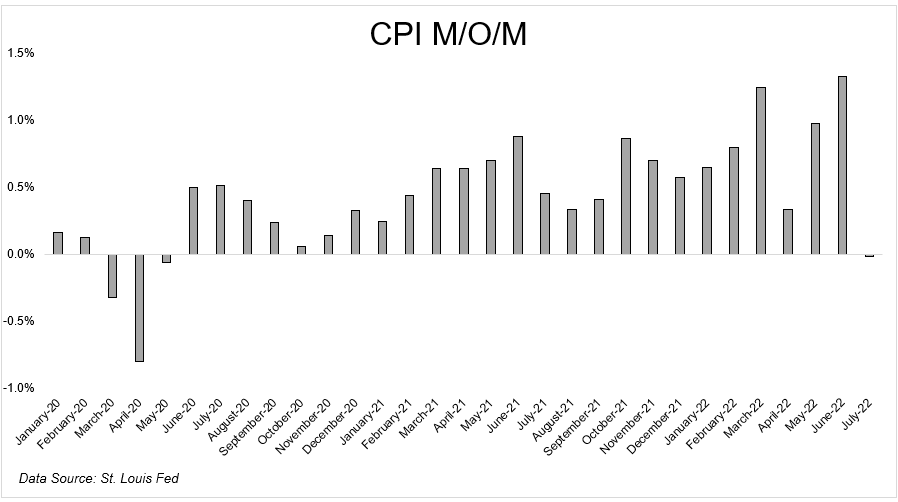 And it was the first time in a long time that the headline number came in lower than expected. 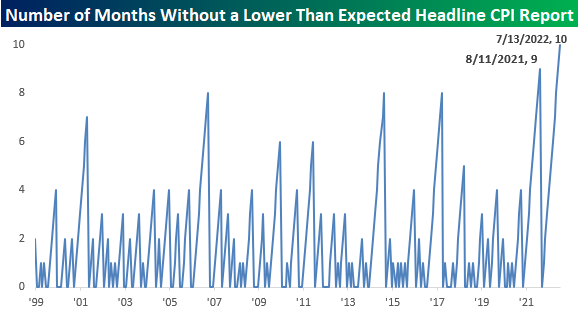 And so with investors leaning the wrong way, it’s understandable how you can get a higher move in risk assets despite headlines that show “inflation near multi-decade highs.” 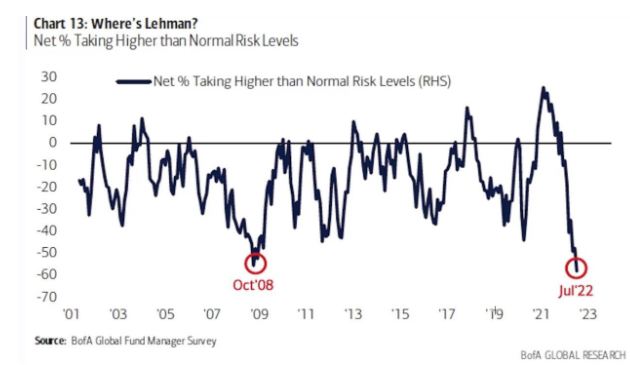