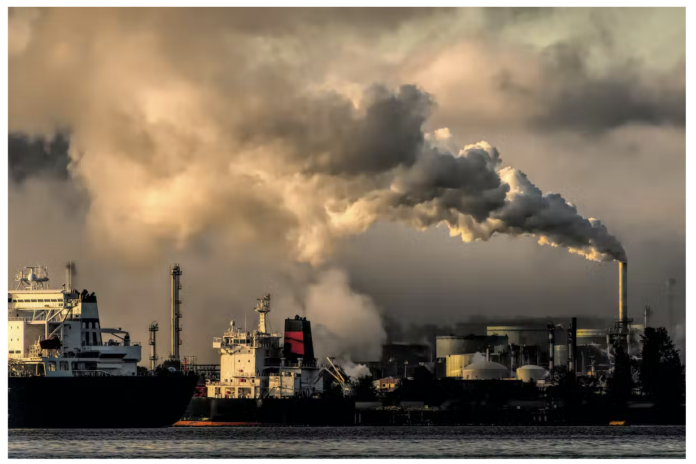 The world as we know it cannot function without oil, giving oil-producing countries an advantage economists call market power. Nations that produce oil are able to set the price, while countries that rely on oil have little choice but to buy it at prices determined by the seller.

While this asymmetry in market power generally favors the seller, in response to the war in Ukraine, a group of global oil buyers are trying to leverage their economic purchasing power to weaken Russia’s strength as a major global oil producer. The European Union and the United States have both imposed bans on the purchase of Russian oil. In solidarity, other nations like Australia and Canada have also decided to not purchase Russian oil anymore.

Now, the G-7 countries – a group of democracies including the United States that try to coordinate global policy – are developing a price cap they hope nations will agree to when paying for Russian oil to further limit Russia’s profits and shrink the income stream that fuels its war with Ukraine. Can a price cap make a difference? And if so, how?

Oil as an economic engine

Given that it is not possible for the world to completely wean itself off Russian oil, the G-7 recently announced that it is planning to cap the price of Russian oil beginning in December 2022. Its goal is to get more nations to join the G-7 price cap scheme.

Led by U.S. Treasury Secretary Janet Yellen, the G-7 nations in July 2022 decided to cap the price of oil sold by Russia, a policy that is planned to go into effect on Dec. 5. Since this cap would be executed in an international setting with different rules and regulations and with nations whose interests are not always aligned, the success of a price cap is not guaranteed. Even so, the leaders of the G-7 agree that a cap policy is needed to decelerate, if not stop, the Russian war machine.

In addition to ensuring Putin’s war funding is reduced, a cap may help preclude an even higher spike of oil prices. The European Union’s sixth sanctions package is set to ban all Russian crude imports by sea – also set to begin Dec. 5, 2022 – and all refined oil products starting on Feb. 5, 2023. Because the world economy will have relatively little time to adjust to these hard cutoff dates, they are likely to lead to enormous oil price hikes that could cause great suffering in the European Union, the United States and other nations.

If capped at the right level – a little above Russia’s cost of producing oil, estimated at US$40 per barrel – and periodically monitored, then Russia will likely act in its own interest and legally sell oil at the capped price. Potential buyers would not run afoul of Western sanctions if oil is purchased at the capped price, helping to limit dramatic upticks in the price. This is how the price cap concept is supposed to work. Yet a few things could go wrong.

Chief among these is the behavior of nations that are not party to the G-7 cap. China and India, for instance, could decide that they will pay no heed to the cap and simply continue to do business with Russia as they have in the recent past.

But economic forces are likely to make China and India behave consistent with the cap policy.

Since oil can always be purchased at the capped price, China and India have an incentive to reduce their oil expenditures by obtaining even larger discounts from Russia to continue to buy its oil. Since Russia is desperate to find markets for its oil, to continue to do business in these large markets, President Vladimir Putin either has to sell his oil at the capped price or at a negotiated discount. Either way, the intention of the cap, to reduce oil revenues flowing to Putin, will be met.

Some nations might be able to undermine the cap because it would be difficult to enforce. Privately held companies in the business of shipping and financing Russian oil may continue to sell oil to buyers. Such entities, because of the risk of running afoul of Western sanctions, are likely to do so after demanding a cut from any oil sales, and this will, once again, have the impact of cutting into Putin’s profits.

Other forces may help maintain a cap

Another consideration for businesses that ignore the cap is that 90% of maritime insurance is based in Britain and the EU. Such firms will not be able to do legal business with Russian entities or those promoting its interests as determined by the international cap enforcement criteria. Based on my research, I believe that not many buyers will continue to do business with Russia when most seaports, ocean shipping lanes and oil tankers are off-limits to Russian oil because of the terms stipulated in the European Union’s sixth sanctions package.

Putin claims that he will not sell Russian oil to nations participating in the cap program. Based on my research, this is difficult to believe given how dependent the Russian economy is on oil revenue.

Russia’s economy is in poor shape. By one measure, its war with Ukraine is costing about $1 billion per day. Such high costs, in concert with Western sanctions, will continue to have an adverse impact on Russia’s economy. To continue his “special military operation” in Ukraine, Putin urgently needs more revenue.