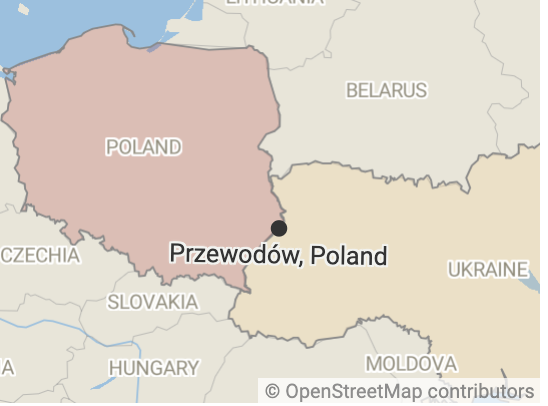 The risk of the conflict in Ukraine expanding further into Eastern Europe escalated on Nov. 15, 2022, with reports of Russian-made missiles straying into neighboring Poland.

It was not immediately clear if the apparent strike – in which two people were killed – was intentional or accidental, or where the missiles had originated. But it represents a worrying development and the first time since hostilities began in the Ukraine war that a member of the North Atlantic Treaty Organization, or NATO, has been hit. It has led to questions over whether Poland may invoke Article 4 or Article 5 of the NATO treaty – something that could lead to military intervention by other member countries.

The Conversation asked John R. Deni, research professor at the U.S. Army War College, a lecturer at American University, and author of “NATO and Article 5: The Transatlantic Alliance and the Twenty-First-Century Challenges of Collective Defense,” to explain what invoking these articles would mean – and what could happen next.

What is Article 5 of the NATO Treaty?

Article 5 really is the heart and soul of the NATO alliance. It is the part of the treaty that says that if one member is attacked, then all of the other members will treat it as an attack on them all. In effect, it calls for a collective response once requested by any of the current 30 members of NATO and invoked by the entire alliance.

The NATO treaty was signed in April 1949 and Article 5 is central to it. In the immediate aftermath of World War II, Western European countries sought a way to defend themselves in the event Germany again arose as a security challenge. By the late 1940s, concerns shifted toward the threat posed by the Soviet Union, which stationed large military forces across Eastern Europe, staged a coup in Czechoslovakia, and blockaded Berlin.

Initially, the United States was skeptical of joining any kind of post-war alliance in Europe, but Soviet actions convinced American leaders to sign on as a way of maintaining Western Europe as free and open.

Article 5 doesn’t automatically get triggered once a NATO member is attacked; the country attacked needs to request that the alliance invoke it – in this case, that would mean Poland, should Polish officials conclude that Russian missiles were sent deliberately.

What is the U.S. responsibility should it be triggered?

In practice, invoking Article 5 would mean that the United States would be called upon to help defend any European ally, or Canada, if attacked.

But, there is an important caveat. Article 5 was written in such a way that it allows each ally to decide for itself the best course of action to take – there is no prescribed response once the article is invoked.

In the case of U.S., the executive branch – that is, the president – would need to consider the views and responsibilities of the Congress. If the president were to decide on direct military action, then Congress would likely be involved in some capacity – and of course only Congress has the power to declare war.

But Article 5 doesn’t necessarily require a military response. In fact, there is enough flexibility in the language of the treaty for a more nuanced response.

This is vital. Each member of NATO remains a sovereign state, and can’t be compelled into military action. Decision-making over the use of force remains at the national level; such choices are not simply handed over to a supranational organization.

That said, U.S. President Joe Biden – as with previous presidents – has been very clear about America’s willingness to defend “every inch” of NATO territory.

As such, if there were a deliberate attack on a NATO ally, I’d expect a robust response by the U.S. and potentially a military one.

It would, of course, depend on what the attacked ally requested, and what the U.S. believes it can and should provide.

In what instances has it been triggered in the past?

Article 5 has only been triggered once in the seven decades of NATO’s existence. That was on Sept. 12, 2001 – the day after the 9/11 terrorist attacks on the United States.

The European allies came to the U.S.‘s defense on that occasion. They did this by deploying patrol aircraft in U.S. airspace. Additionally, when the decision was made to invade Afghanistan, several NATO countries in which American troops are based – especially Germany – provided guards for U.S. military bases overseas so that American soldiers could deploy.

Could this apparent missile strike on Poland trigger Article 5?

That is tricky to assess at the moment, as not all the details are known – there are lots of variables at play.

It makes a massive difference whether this was a targeted attack on Polish military or civilian sites, or whether it was stray missiles. There is also the possibility that this was debris from a strike in Ukraine. We know that the missiles fell close to the Polish-Ukrainian border, in a village just a few miles away from the border. The loss of any innocent lives is tragic in any case, but I think the number of deaths resulting from the strike will also be a factor in whether Poland requests invocation of Article 5.

If it looks like an accident, that will definitely affect how and if the alliance responds. And even if it was deemed an intentional strike, the Poles may still decide not to request invocation of Article 5. This is when Article 4 of the NATO Treaty comes into play.

Article 4 can be invoked by any NATO member that feels threatened. Under its terms, a member state can request a consultation of the North Atlantic Council, or NAC – the highest political decision-making body in the NATO alliance.

A NAC meeting in itself isn’t unusual. Every NATO summit is a NAC meeting at the level of heads of states. And a NAC meeting takes place every Wednesday at ambassadorial level in Brussels.

But what Article 4 does is open the way for a special meeting of the NAC to consult over the next steps that the alliance should take. This is still a big deal – just not as weighty as invoking Article 5.

Article 4 has been invoked several times over NATO’s lifetime. It was invoked by Turkey amid concerns over cross-border terrorism as a result of the Syrian War. More recently, it was invoked by eight NATO members in Eastern Europe after the Feb. 24 Russian invasion of Ukraine.

Poland is currently assessing whether to invoke Article 4.