Twitter On Lock Out After Mass Resignation Exodus; Operations At Risk 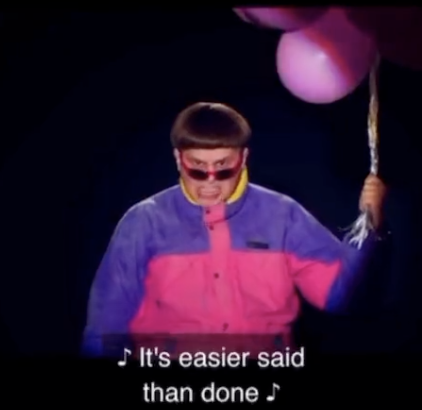 Hundreds of Twitter’s remaining employees have reportedly resigned ahead of Elon Musk’s “extremely hardcore” cultural reset of the company. After Musk gave an ultimatum to his employees to either commit to the company’s new “hardcore” work environment or leave, many more workers declined to sign on than he expected, potentially putting Twitter’s operations at risk, according to Bloomberg sources, as well as internal Slack messages seen by The Verge and employee tweets.

On Thursday afternoon, so many employees decided to take severance that it created a cloud of confusion over which people should still have access to company property. According to a memo seen by Bloomberg and reports from Platformer’s Zoe Schiffer, Twitter closed its offices until Monday; urging employees to “please continue to comply with company policy by refraining from discussing confidential information on social media, with the press or elsewhere.”

We’re hearing this is because Elon Musk and his team are terrified employees are going to sabotage the company. Also, they’re still trying to figure out which Twitter workers they need to cut access for.

According to Bloomberg, in the final hours before his deadline, Musk tried to convince people to stay. Key staff were brought into meetings as the Thursday evening deadline neared to hear pitches on the social network’s future, according to people familiar with the matter. Musk, who had earlier said he was strictly against remote work, also sent a follow-up email Thursday softening his tone.

“All that is required for approval is that your manager takes responsibility for ensuring that you are making an excellent contribution,” he wrote, adding that staffers should have in-person meetings with their colleagues not less than once per month.

Despite the ultimatum, no Twitter employees have been deactivated — even those who’ve publicly resigned, the Platformer also reported, adding that “Musk and his team only collected the list of “yes’s” — employees who said they want to be part of Twitter 2.0. They’re still trying to track who is out.”

So far no Twitter employees have been deactivated — even those who’ve publicly resigned. Musk and his team only collected the list of “yes’s” — employees who said they want to be part of Twitter 2.0. They’re still trying to track who is out.

Elon’s attempt to ease the terms of the ultimatum wasn’t enough, and Twitter’s internal communications channels filled with employees offering a salute emoji, which has become a symbol for departing the company. Former staff tweeted the salute publicly, too, along with their internal Slack messages.

Some employees who were departing speculated that so many were leaving, along with their knowledge of how the product works, that the social network may have trouble fixing problems or updating systems during its normal operations, according to people familiar with the matter. Indeed, starting around 4pm ET or around the time of the resignation wave, Down Detector has observed a surge in Twitter outages.

Adding to the complexity of Musk’s attempt to overhaul the company, there have been reports that the designers leading Musk’s Blue verified project have also quot, along with the lead web engineer. Furthermore, Many Twitter employees who maintained critical infrastructure have resigned.

NEW: The designers leading Elon Musk’s Blue verified project are out, along with the lead web engineer. Many Twitter employees who maintained critical infrastructure have resigned. This is going to look like a very different company tomorrow.

As reported earlier, Musk on Wednesday had asked employees to formally state whether they were willing to keep working at the company – a commitment that would include “working long hours at high intensity.” Employees had until 5 p.m. Eastern time Thursday to fill out a Google form.

The form included just one possible response: “Yes.” Anyone who failed to accept the form by the deadline was told they would be out of the company with three months severance.

“I’m not pressing the button,” one departing employee posted in Slack according to The Verge. “My watch ends with Twitter 1.0. I do not wish to be part of Twitter 2.0.”

The ultimatum came less than two weeks after he laid off 50% of Twitter’s workforce, or roughly 3,700 employees. Many Twitter workers consulted lawyers this week to determine what to do. The form included almost no details about the severance packages, and it was not immediately clear whether employees would receive legal protections that would allow them to keep vesting stock awards or maintain insurance coverage.

Twitter had roughly 2,900 remaining employees before the deadline Thursday. Remaining and departing Twitter employees told The Verge that, given the scale of the resignations this week, they expect the platform to start breaking soon. One said that they’ve watched “legendary engineers” and others they look up to leave one by one.

“It feels like all the people who made this place incredible are leaving,” the Twitter staffer said. “It will be extremely hard for Twitter to recover from here, no matter how hardcore the people who remain try to be.”

Multiple “critical” engineering teams inside Twitter have now either completely or near-completely resigned, said another employee who requested anonymity to speak without Musk’s permission. For example, the team that maintains Twitter’s core system libraries that every engineer at the company uses is gone after Thursday. “You cannot run Twitter without this team,” the employee said.

While those departing the company may think it’s a jobseeker’s market they may be surprised at how rapidly the Silicon Valley job market has turned against them.

And just like that, after 12 years, I have left Twitter. I have nothing but love for all my fellow tweeps, past and present. A thousand faces and a thousand scenes are flashing through my mind right now – I love you Twitter and I’ll forever bleed blue 🫡💙

It’s been a ride pic.twitter.com/0VDf5hn2UA

Meanwhile, Twitter recruiters have already started reaching out to outside engineers to see if they want to join “Twitter 2.0 – an Elon company,” according to a message sent to one recruit that was seen by The Verge.

“I have worked here at Twitter for over 11 years,” one employee wrote in Twitter’s Slack as the salute emojis poured in Thursday. “Back in July, I was the 27th most tenured employee at the company. Now I’m the 15th.”

Meanwhile, Musk reportedly brought back leaders who had departed, either as part of his own layoffs or through resignation, to convince others to stay, A Bloomberg source said. One returning leader is Ella Irwin, who will manage employees in Trust and Safety.

Musk later sent a follow-up email on remote work, according to a screenshot viewed by Bloomberg. “Any manager who falsely claims that someone reporting to them is doing excellent work or that a given role is essential, whether remote or not, will be exited from the company.”