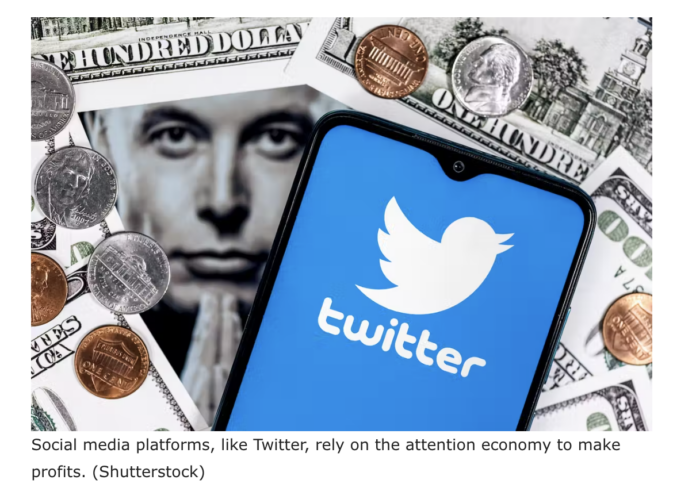 Elon Musk’s purchase of Twitter has been a fast-moving disaster. It has also created a tangible problem for journalists, politicians, activists and academic scholars: Where do we talk to each other if or when Twitter finally collapses or becomes unusable?

It’s a useful question. Contemplating life without Twitter pushes us to look beyond Twitter’s odious underbelly to consider what we liked about it. In doing so, it can help us understand better what social media is, for better and worse, and to consider what we want it to be.

What I will miss about Twitter is its large scale and reach. It has become the default way for so many groups to communicate with each other and, because it’s basically just one big message board, across groups.

Social media companies regularly argue that this scale is why there is so much hate speech and disinformation on their networks. As harmful as this speech may be, Twitter’s reach has nonetheless been a boon for, say, emerging researchers wanting to easily reach the largest number of their peers.

Smaller online communities are fantastic for any number of reasons. They allow members to share their interests and knowledge. Their smaller size makes them easier to moderate effectively. However, their smallness can also inhibit the serendipity of running into ideas that you wouldn’t otherwise see.

Furthermore, smaller online communities still depend on the benevolence of whoever happens to be in charge of the server. Twitter’s open design somewhat mitigates against the formation of strict hierarchies among groups on the platform, although as we’re learning, commercial social media still leaves us subject to the owner’s whims.

Thinking about where to go after Twitter also highlights that social media networks are not substitutes for each other. Well, they are for advertisers, who will go wherever the audience is. But people use different social media for different purposes.

As an academic, TikTok has nothing to offer me in terms of creating and sharing knowledge with my peers. The Twitter-like Mastodon may allow for easier communication among colleagues, but it lacks Twitter’s out-of-community reach.

That there is no equivalent substitute for Twitter highlights that there is a strong public interest in fostering public social media, to provide communities with stable communication infrastructure.

Relatedly, this debacle also confirms that advertising does not provide a sustainable business model for socially responsible social media. Twitter has only turned a profit in two of its 16 years. Advertisers are currently abandoning Twitter in the face of Musk’s content-moderation follies which, combined with Musk’s incompetence, could drive the company into bankruptcy.

Most important, however, its ad-based business model is based on the viral spread of content designed to engage our attention at any cost, be it bullying, harassment or hate speech. As journalism professor Yumi Wilson notes, “Twitter was a scary place even before Elon.”

All this suggests that we need to think seriously about how to move beyond ad-funded social media. Mastodon on its own offers a decentralized, community-based paradigm. However, depending on the long-term commitment of volunteers and small operators is itself a recipe for instability.

Much more interesting is the proposal that Mastodon-based services could be used by an arm’s length public agency like the CBC to publicly fund stable, well-run social media.

Finally, we need to talk about search engines. Twitter is valuable in part because it allows individuals to broadcast easily to a large audience. Without large-scale social media, we’re back to the problem of how to discover other people’s work and how to get your work in front of an audience.

Search engines have flown under the radar in our discussions about how platforms should be governed. If we want to reduce online platform power and make the best information easily locatable, we need to reconsider whether our current search engines are good enough.

There is cause for concern: Google’s gold-standard search engine has been “getting worse,” in large part because the company has been clogging its results with advertising that makes it more difficult for users to find relevant information. Given that the big online platforms continue to rely heavily on advertising revenues, this is a problem that will worsen.

Let’s not glorify Twitter. It is, in many ways and for many people, a malevolent force. Even pre-Musk, it was a breeding ground for harassment, particularly of women and individuals from marginalized groups. It can enable often life-ruining bullying and disproportionate public shaming of otherwise private individuals, particularly through the quote-tweet function.

Twitter has had a negative effect on the quality of our social discourse, serving as a conduit for mis- and disinformation, designed to encourage outrage rather than substantive conversation.

As bad as it was — and is — you don’t know what you got till it’s gone. Twitter pre-Musk was no paradise, but Musk’s rampage allows us to see both the good and bad in social media as it currently exists. And, as a result, to consider what we want (and need) social media to be.