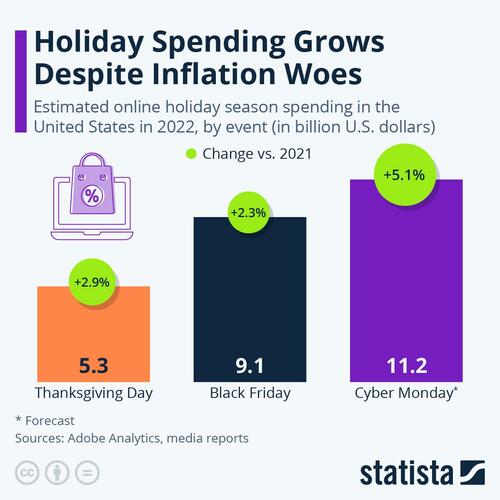 Thanks to deeper than expected discounts, Cyber Monday set new records yesterday – with online retailers pulling in $11.2 billion in sales, a 5.1% jump over 2021 when $10.7 billion of sales were recorded, according to figures from tracking firm Adobe Analytics.

The figure tops Black Friday, which saw $9.12 billion in sales – while Thanksgiving saw $5.29 billion in sales. There was roughly $9.55 billion in sales over the weekend on top of that. Altogether, “Cyber Week” is expected to reach $35.27 billion in online sales, up 4% over last year. The week accounts for 16.7% of all sales in November and December, according to TechCrunch.

And as we noted on Monday, the record sales were underpinned by record discounts – with electronics, toys and apparel leading the charge. Discounts on electronics were as high as 25% (vs 8% in 2021), while toys had an average discount of 34%. 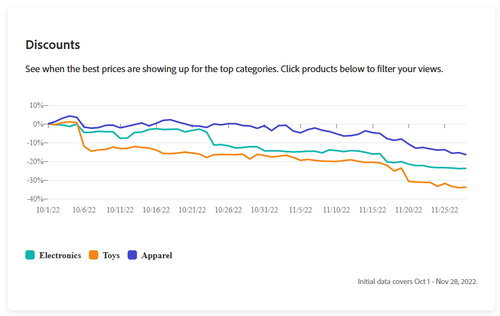 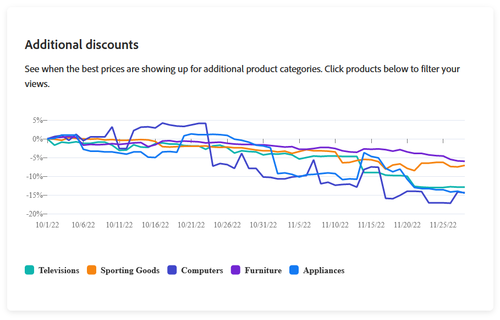 Adobe expects $210 billion in sales for the two months, and so far in the season mobile has accounted for 44% of sales.

Salesforce separately released its own preliminary figures of $6 billion for Cyber Monday in the evening Monday. We’ll update these as we get more complete results.

Notably, although inflation is definitely being felt in the U.S., Adobe said that these figures were based on more transactions overall. At the peak, people were spending $12.8 million per minute on Monday, and Adobe said that its digital price index, which tracks prices across 18 categories, said that prices have been nearly flat in recent months.

Deep discounts — retailers perhaps anticipating needing to have something more to lure shoppers — have played a big role, too, as have the sheer availability of goods after shortages of the years before.

“With oversupply and a softening consumer spending environment, retailers made the right call this season to drive demand through heavy discounting,” according to Adobe Digital Insights lead analyst, Vivek Pandya. “It spurred online spending to levels that were higher than expected, and reinforced e-commerce as a major channel to drive volume and capture consumer interest.”

As far as buying trends, buy-now-pay-later transactions (BNPL) were down slightly on Cbyer Monday vs Black Friday and the weekend. According to Adobe, people tend to use BNPL when the overall shopping cart size is higher.