With long-term inflation expectations (those 3-Years ahead or more) peaking more than a year ago, and even shorter inflation expectations – at least according to the NY Fed Survey of consumers – now sliding after hitting a record high 6.8% in June and dropping alongside 2Y breakevens which recently hit the lowest level in 2 years, wiping out two years of gains…

… it is hardly a surprise that the latest just released NY Fed survey showed a continued drop in inflation expectations, as median one-, three-year-ahead inflation expectations decreased to 4.99% from 5.23% – one month after plunging more than 0.7% from October’s 5.94% print – the lowest since July 2021, while 3-Years dipped to 2.99% from 3.00%; 5-year inflation expectations, which the NY Fed tracks only periodically, posted a modest increase from 2.32% to 2.42%. In August, this ad hoc series hit its lowest level yet, dropping to just 2.0%. 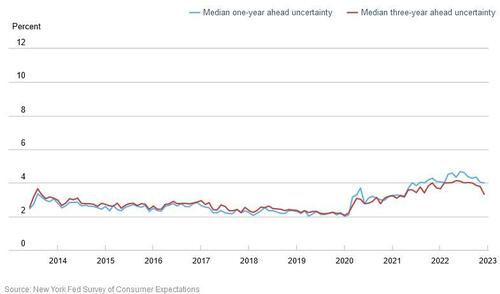 Separately, the median home price growth expectation increased fractionally to 1.3% after dropping to 1.0% from 2.0%, the lowest reading since May 2020 a decrease which was “driven by those in the South census region.” Despite this increase, home price growth expectations remain subdued relative to their pre-pandemic levels. Also, a 1% increase which is laughable when 30Y mortgages are about 5-6%… 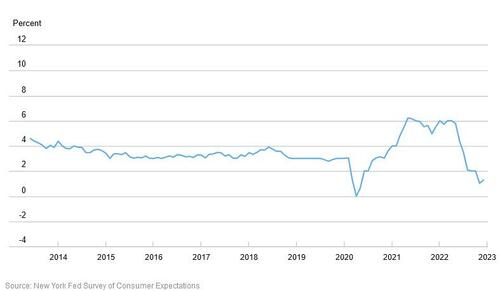 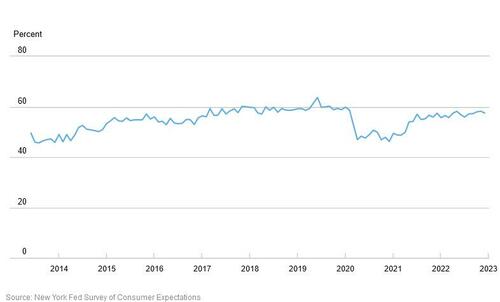 … although a sliver of concern about the labor market could be found in the survey’s job separation expectations, which rose to 12.6%, the highest since Nov 2021, even as the probability of voluntarily leaving one’s job was unchanged. 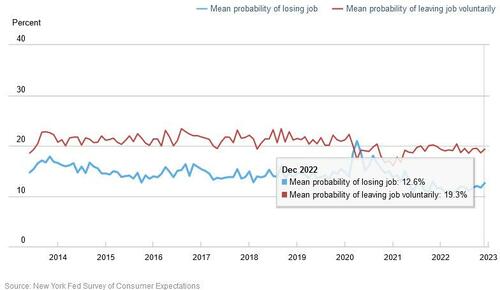 Yet nowhere was the self-delusion more evident than in household income growth expectations, which jumped to a new record high of 4.6% from 4.5%. Not surprisingly, the increase was driven exclusively by respondents with no more than a high school education. 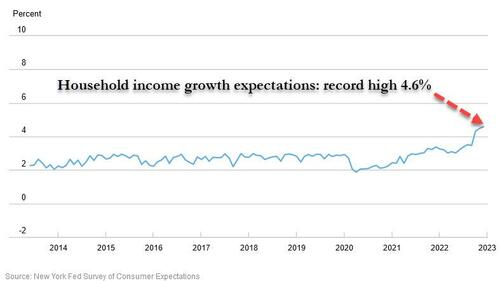 On the other hand, while households expect a spike in income, there are less sanguine about spending, and median household spending growth expectations fell sharply to 5.9% from 6.9% in November: “The decline was broad based across age and income groups .” 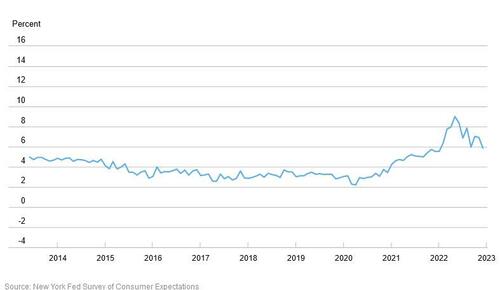 Remarkably, despite the worst bear market in a generation, 34.9% of respondents, modestly lower from 35.7% last month, expect stocks to rise in the next 12 months. Then again, 38.9% expected higher stock prices one year ago: that didn’t work out too well. 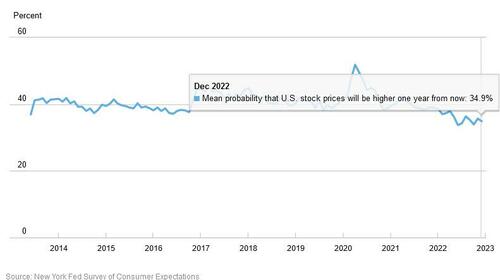 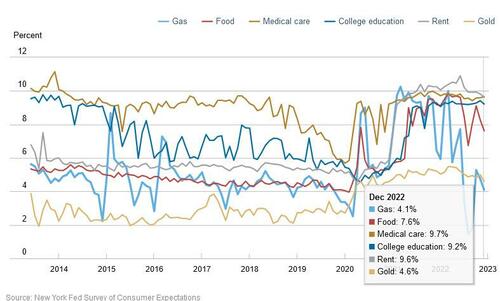 Here are some more findings from the report:

More in the full NY Fed survey which can be found here.