Cryptocurrencies are in crisis, but they are not going to disappear 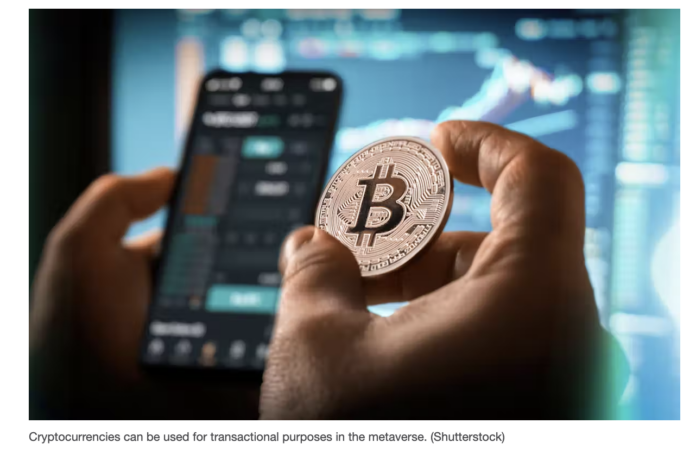 Cryptocurrencies are in crisis, but they are not going to disappear

Cryptocurrencies are experiencing their worst crisis since the arrival of the first crypto assets and virtual currencies in the 1990s and their democratization in the 2010s.

Bitcoin had an unprecedented tumble in late 2020 and has yet to recover. In addition to this sharp decline, there is much discussion about the worrisome collapse of some so-called stablecoins, which are supposed to be less volatile.

This is compounded by the fall of cryptocurrency giants, particularly due to allegations of fraud in cases like the FTX scandal. At its peak, FTX had one million users and was the third-largest cryptocurrency exchange in terms of volume.

Experts agree that the aftershocks of its collapse have hit investors hard and will likely slow the pace of crypto asset adoption for the next few years.

Cryptoassets include tokens that can be used for digital currency purposes (i.e. cryptocurrencies such as Bitcoin and Ethereum). They are also used for investment in an entity (a “security token,” which entitles the holder to ownership of a portion of an entity), or for products or services (a “utility token,” which entitles the holder to a product once it has been produced, for example).

Stablecoins, which are supposed to be associated with lower volatility, are unique in that they are backed by a currency (e.g. the U.S. dollar), a commodity (e.g. gold) or a financial instrument (e.g. a stock or a bond). This is to keep the value of the digital currency stable.

Bitcoin’s plunge is followed in the headlines on a daily basis. While this is not the first time it has fallen, it is particularly noteworthy as it is the biggest drop in value since late 2020. The collapse is partly due to rising interest rates and the flight of investors from these risky investments. Although it is recovering, Bitcoin is still a long way from the heights it once reached.

This media coverage raises many questions about the sustainability of these cryptoassets. Indeed, the latter are marked by extreme volatility in their unregulated markets in addition to being associated with speculation by many players in the financial world.

Indeed, the BBC recently reported that cryptocurrency laundering rose 30 per cent in 2021. The U.S. Federal Trade Commission, which aims to protect U.S. consumers, reported that in 2021, fraud schemes cost investors more than $1 billion in cryptocurrencies. Needless to say, very few of the defrauded investors have recovered their money.

Yet we are seeing a slow but sure increase in the adoption of cryptocurrencies by companies. In an ongoing study of the impact of cryptocurrency adoption by public companies on their social responsibility, I noted that many of them, such as Starbucks and McDonald’s, have started to accept Bitcoin as a form of payment. This is particularly the case in their branches in El Salvador, following that country’s adoption of Bitcoin as legal tender.

I tried to pay @Starbucks with #Bitcoin in #ElSalvador. She said the server is down but it could be done in about 20 minutes. So I used my AmEx. pic.twitter.com/x5mleNwVty

Others, such as Japanese online retail giant Rakuten, have chosen to accept cryptocurrencies even if their country is not pushing to adopt Bitcoin as a currency. They say they are driven by a desire to offer more payment options to their customers.

The user base for cryptocurrencies is growing year on year. For example, Crypto.com, an exchange platform, estimated that about 295 million people had entered the cryptocurrency market as of December 2021. The platform expected the number of users to cross the one billion mark by December 2022.

Cryptocurrencies also allow people with unreliable or insecure banking systems to access a parallel banking system that is independent of the traditional banking system. Offering a less affluent part of the population access to a different form of banking system is one of the reasons the President of El Salvador gave for making Bitcoin legal tender in the country.

The growing interest in decentralized finance (DeFi), as well as the development of the metaverse, are also factors that influence the sustainability of cryptocurrencies. Decentralized finance often relies on stablecoins for its operation. Meanwhile, the metaverse, a universe of 3D virtual worlds, also allows the use of cryptocurrencies to purchase goods or services, creating an immersive world.

Experts in the sector believe that, despite the debacle that the cryptoasset market has experienced recently, decentralized finance — particularly via products backed by cryptoassets — is here to stay. This is because there is a market and players willing to participate.

Moreover, they argue that while this sharp decline in cryptocurrency-related markets does remove some players, this is a welcome change. By the admission of Raoul Ullens, co-founder of Brussels Blockchain Week (an annual conference devoted to blockchain and cryptocurrencies):

it is healthy, for the adoption, the maturation of these Web3 technologies, to skim, to rebalance the sector. […] An unhealthy ecosystem will not attract the masses.

According to these players, such a drop in the cryptoasset markets is not only necessary, but also healthy, contributing as it does to rebalancing the valuation of cryptocurrencies.

Cryptocurrencies are here to stay

Other nations in the world have already issued such a currency, including the Bahamas (Sand Dollar) and Nigeria (eNaira). One reason CBDCs are different from privately issued digital currencies (such as Bitcoin or Ethereum) is that their intended use is for transaction purposes only, not for investment or speculation. They offer the same possibilities of use as cash.

CBDCs also aim to promote the financial inclusion of a part of the population that has little or no access to the traditional banking system, and to simplify the implementation of monetary and fiscal policy in the issuing countries.

Developments in the world of digital currencies, whether in the metaverse or with the arrival of the CBDC, and the craze that they continue to generate, mean cryptocurrency is here to stay.

This durability means the form of cryptoassets take will continue to evolve and transform with the technologies that support them (notably, blockchains) and the variation in demand from users and/or investors.