Which Way Wednesday – EFSF’d Up Edition 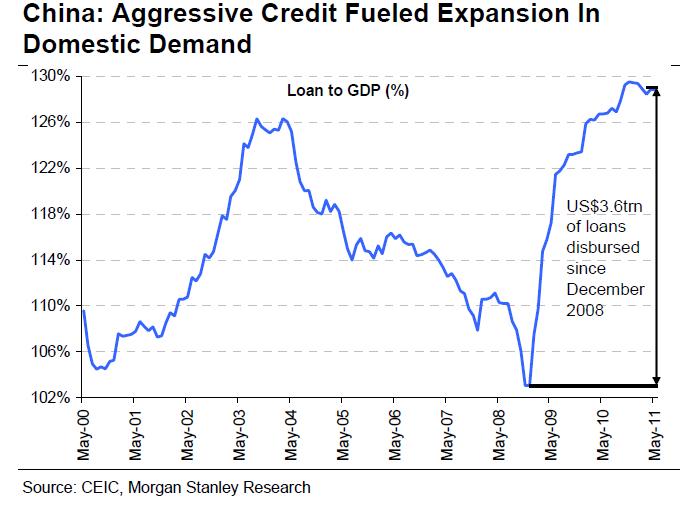 That's the word out of Asia this morning as the Hang Seng flipped 360 points higher after Premier Wen Jiabao said economic policy needs to be fine-tuned and asked local governments to check for signs of lending distress. The markets took that thin sauce as sign that monetary easing is on the way.  You would think people in China would be happy as minimum wages rose at an annualized 21.7% pace in September and when Wen Jiabao promises a chicken in every pot to his people – they are literally excited about the prospect of actually getting a chicken in their pots!

Shenzhen in China is now matching Hong Kong, paying their workers a lucrative $207 per month (don't spend it all in one place boys).  Beijing is the place to be if you are an hourly worker though, with the minimum hourly rate now a screaming $2 – putting the average Beijing worker just 50 hours a way from buying a square foot of living space in the city.

The rise in minimum wages is in line with China's efforts to boost spending power and domestic consumption.  KPMG says that minimum wage levels in China are four times greater than other places in South and South East Asia.  However, it believes China can defend its position because of its productivity and infrastructure – something the US used to be able to do as well, one upon a time, before we allowed our infrastructure to slip into 3rd World status (see "America's Infrastructure Crisis"). As I mentioned in yesterday's post, Congress is now in year 3 of ignoring the 2009 report (commissioned by the previous administration) that concluded that this country was on the verge of spiraling into a state of permanent decay if we did not IMMEDIATELY put $400Bn a year into fixing things from the above list.  In those 3 years, every single one of those infrastructure bills (which create millions of good jobs that can be filled by our millions of unemployed construction workers) has been filibustered out of the Senate with not one reaching the President's desk since his initial, inadequate stimulus package. Even if Europe fixes their mess and China does whatever it is China does to paint their numbers for another few years – it will only serve to swing the spotlight back on this dinosaur of a Nation that is little more than a shell of its former self.  The myriad of problems facing the US economy did not go away, they were merely overshadowed by the more immediate-seeming disaster in Europe, with it's endless stream of artificial deadlines (now in year 3) that would spell the end of the European Union if this or that vote did not go through by Monday (almost every Monday).

Anyway, I'm bored talking about Europe.  Que sera, sera on that one at this point.  We cashed out at the top (as I just mentioned on TV) with perfect timing and now we just sit bemusedly at the sidelines, waiting for some proper resolution – one way or the other.  We HOPE that things are resolved and the markets move higher because that would be better for the Global Economy and better for the millions of people who need jobs and are in danger of losing their homes but HOPE is not a valid investing strategy and our main investing job is to make sure that we are not so unfortunate as to be knocked down the ladder into the bottom 99% or (God forbid!) the bottom 90%, where we'd really have to make sacrifices like waiting for one-day sales and ordering off the Dollar Menus at McDonalds.

Charlie Rose had a great discussion last night about the reality behind the Occupy Wall Street movement (who now have their first Corporate backer: Ben and Jerry's!) that's a must-view but even more so is this fantastic clip of Stephen Colbert consulting with noted Conservative spin doctor Frank Luntz.  If you've ever wondered why all politicians sound like they have the same pull-strings in their backs when they talk, this is a great quick-view of the process that politicians go through before deciding what they think:

There's 3 parts to this so you have to click forward to part 2 and part 3.  Although it is done in Colbert's light-hearted manner – you get more truth out of this 15 minutes than you get from 15 hours of Republican debate watching.  Colbert sums it up in his first question to Luntz: "What are the most effective ways to lie to people?"  What's interesting in the focus group is how they are, at first, universally disgusted by the phrase "Corporation are People" but then, about an hour later, Luntz has them all working together on a campaign to "humanize" Corporations.

Maybe embracing the A + B might = C if that's what the suckers want to hear attitude can be applied to the markets as well.  We sure did yesterday as we ignored the silly, low-volume sell-off (we already had our hedges from testing the top of our range) and took advantage of the dip to pick up a couple of bullish trades for our White Christmas Portfolio.  10 SSO Weekly $45/46 bull call spreads were .40 ($400) and we hope to make $600 if the S&P can pop back to 1,250 by Friday's close.

Our logic is that, if the EFSF passes today, the markets should grind steadily higher and, if the EFSF fails today, we're going to have a whole lot of great shoring opportunities on the way back to 1,100.  As you will see from this morning's RE-relief rally open – you have to grab those long plays while we're down because they tend to gap right back up in pre-market trading, making it much tougher to catch a good entry.

Our goal remains to hit and run in our short-term, aggressive portfolio.  It's still a wild rumor-driven market and, even if the EFSF passes – then they will begin to argue about whether it's enough, etc. so, as the great Yogi says: "It aint over 'till it's over" – be very careful out there.

Coordination/Angel – Oh just one of those Global coincidences, I’m sure.  Certainly not evidence that the top 1% control Government and the media (can I have my puppy back now?).

Dow (/YM) futures can be played bullish off the 11,950 mark but with very tight stops, of course.   Dollar over 76 cancels that trade – I’m still worried about Yentervention so not too bullish yet.

Trading tax/Scott – I would love a transaction tax that makes HFT unusable.

Voluntary/ZZ – I have no pity on people who still hold Greek debt.  This has been going on for years and when you are getting paid 10% for a bond – of course there’s a serious risk of failure – it’s about time bondholders finally get a dose of reality – maybe now they will stop lending to people who can’t balance their budgets – which is how Capitalism is supposed to work in a truly free market.   Good point on capital gaining value, that’s why the Banks and Corporations have been hoarding it.  Little chance of reform when all the money is resting with our Corporate Citizens.

I make that error all the time. Somehow my fingers go ahead of my mind and "there" is very easy to type. Yes, I have no complaints about the TK service. They are working all the time to improve it, and live quotes are supposed to be on the way. As you may know, they are developing a new interface called TradeKing Live which everyone will have eventually. Compared to Scottrade, which I had before they are 120% better, but then that is because TK is geared to options trading and ST is not.  by the way, I should have mentioned The Options Playbook, which is also worth referring to via the link on the TK site. The forums and discussion groups on TK are useless. For this stick to PSW.

Well, it looks like Europe finally politically committed to stimulus and maintaining the union.   Maybe $1.4T is not enough, but once they’ve taken that move on the EFSF along with getting the IMF in on the Greek bailout, it’s hard to see how they might change course.   So the euro shorts cover and we have 1.40 for today.   With futures up 26 on the S&P at the HOD right now, its hard to get long here so I’m just gonna watch.  With expectations of 3% growth from those incredibly inaccurate economic experts polled, a miss in an hour could let the air out of the market bubble this morning.   I guess it’s time to be in a bull mindset until the US panel starts to play their games on getting agreement on the deficit reduction plan.

OWS – Hate to go all tactical and stuff, but if the cops are going to be super aggressive, people resist and Labor and Dems don’t bail, we’ll be at a turning point. But here is where you need “meetable” demands – or at least something Authority can capitulate on.

Matthew Sweet – I’m not sure I can post a pic here, Phil. If not, I will send via email. Great show by a now fat dude! Fatter than me. Lol.

Fear money coming out of treasuries….TBT on the move.