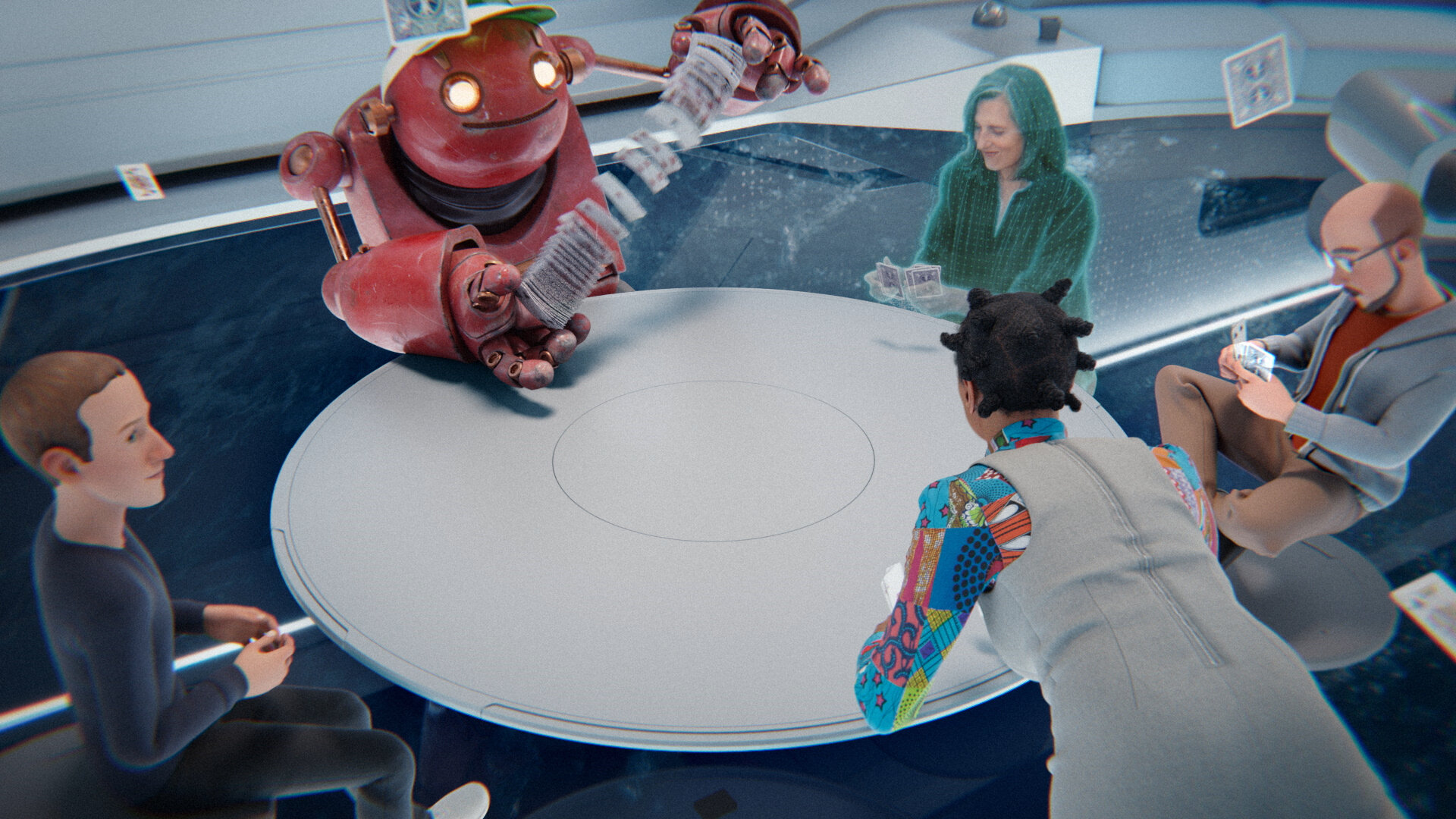 Mark Zuckerberg has bet his company and his fortune on the Metaverse and, so far, it’s sinking the ship but yes, building a new Universe is an expensive project but Facebook (the old company name) already has 3.71 BILLION people logging into this Universe – so they need a new place to visit to keep things fresh.  3.71Bn is the Monthly count and that’s up 4% over last year despite the release from lockdowns and Daily People are also up 4% at 2.93Bn.

As we expected, the problem with having half the planet as a source of revenues is that half the planet is pretty poor and has weak currency.  While Ad Impressions were up 17%, the Price Per Ad dropped 18%.

Overall Revenues were down about $4% to $27.7Bn but META is spending it all, with anticipated expenses this year of about $99Bn.   At this point, building the Metaverse is costing META as much as a major acquisition would have – although without all the nice revenues that usually go with such a thing!

We have META in our Long-Term Portfolio and we’re going to stick with them because, if Zuckerberg is right, they will be miles ahead of everyone else in owning the Metaverse and, if he’s wrong, they can always go back to making money off of 4Bn eyeballs in the regular Universe.

Down the road, we’ll roll the short $160s to closer months and work them off and then, hopefully on a move up, we’ll sell more $130s or higher whatevers so the roll will, eventually, be a net plus, which is very nice when your stock drops 25% on you!

As a new position for META, I’d go with: