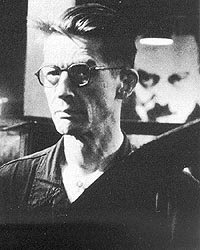 Is an 11% month over month change in an employment number a revision or a rewrite?

The ADP report is supposed to be based on actual reports from private industry.

This pervasive pattern of ‘good numbers’ that result in stock market rallies and the massaging of public opinion, only to be replaced by downward revisions thirty days later, with little notice or quote, is cynical manipulation of the media at best, and a dangerous slide into social engineering by an increasing distortion of ‘reality’ at worst.

If you have not read the novel or seen the movie lately, 1984 is worth a look.

June 3 (Bloomberg) — Companies in the U.S. cut an estimated 532,000 workers from payrolls in May as the labor market showed little sign of improving even as the recession abated, a private report showed today.

The drop in the ADP Employer Services gauge was bigger than economists forecast. April’s reading was revised to show a reduction of 545,000 workers, up from a previous estimate of 491,000.

Companies from General Motors Corp. and Chrysler LLC to American Express Co. continue to cut jobs to control costs even as the economy shows signs of stabilizing. Mounting unemployment will restrain consumer spending, muting any recovery.

“Still losing over half a million jobs a month is hard to get excited about,” Derek Holt, an economist at Scotia Capital Inc. in Toronto, said in a note to clients. “Steep job losses still signal a deeply troubled economy.”

…Economists forecast the ADP report would show a decline of 525,000 jobs, according to the median of 28 estimates in a Bloomberg News survey. Projections ranged from decreases of 425,000 to 580,000.

A government report on June 5 may show payrolls at companies and government agencies shrank by 520,000 in May and unemployment rose to a 25-year high of 9.2 percent, according to a Bloomberg survey of economists.

Job-cut announcements last month showed the smallest increase in more than a year, Chicago-based placement firm Challenger, Gray & Christmas Inc. also said today. Planned firings rose to 111,182, up 7.4 percent from May 2008. The rise was the smallest since firings last dropped in February 2008…