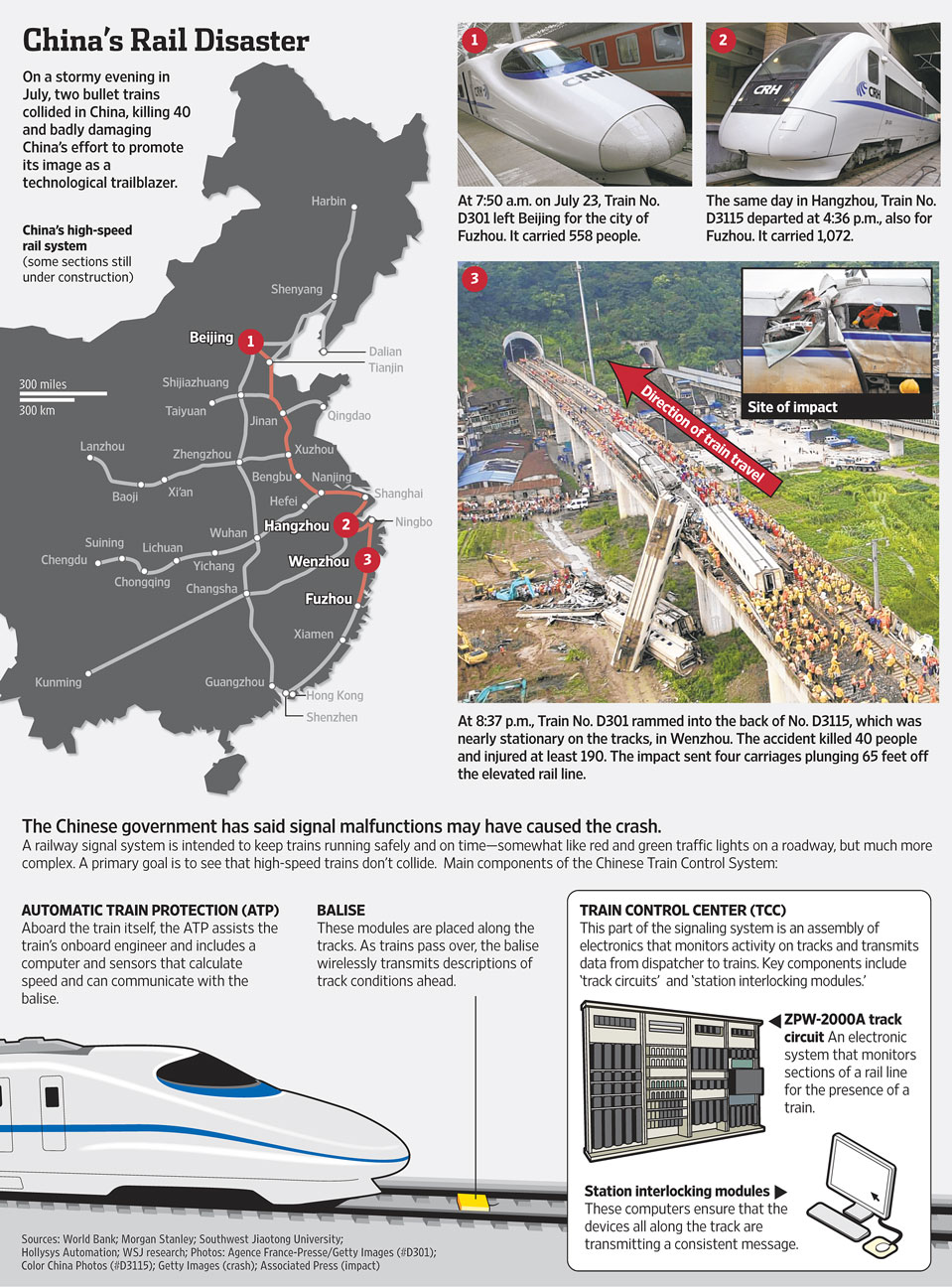 What’s up with China?

Well the mainland markets are actually closed, taking  a week’s well-deserved vacation after falling 19% in the past two months but Hong Kong’s Hang Seng index fell another 5% TODAY bringing that index down from 22,800 on August 1st to 16,822 today (down 26%) after skating along that 16,700 line into lunch.

Much like their bullet train – the Chinese economy began to derail in late July as the accident was a metaphor that slammed home the concept that perhaps China was growing too big, too fast – to be able to sustain the pace.  That sent copper tumbling from it’s ridiculous $4.50 high on August 1st, down to $3 in last nights trading (33%) and that’s still about 20% higher than $2.50, which is where, fundamentally, copper should be trading.

What’s 20% between friends though?  Copper is downright reasonable compared to gold (still double a more realistic $800 target) and silver ($15 would be a stretch under ordinary circumstances) and even oil is having a herd time justifying the $80s – especially in light of the 6 months it spent below 50 in our last market crash – at a time global consumption was 5% higher!

China has been, up to now, the mythical engine of ever-expanding Global demand that justified overpaying for everything from shares of YUM to stockpiled copper to gasoline futures to Rembrandts – all on the premise that, no matter what price you were willing to pay for something – somewhere in China there would be a "greater fool" looking to take it off your hands for a nice profit.

Keynes described the "Greater Fool Theory" as a beauty contest in which the viewer (market participant) gets a prize for picking the woman who will be voted most beautiful.  While many people would just pick their preference, a game-player would pick the woman who he thinks the other voters would vote to be most beautiful – regardless of her actual merits while the "expert" player would take even that into account and would bet according to what he thinks the other think that others are betting on.

That’s the difference between Fundamental and Technical Analysis – A Fundamentalist takes home the girl of his choice, settles down, gets married and has children while the Technical people are still trying to figure out which girl he will pick.  Relationships may be rocky but only half end up in divorce so if you "marry" enough stocks – you are bound to find a few you’ll be able to stick with for the rest of your life.

As a Fundamentalist, I actually read a lot of earnings reports and, for many years, I have warned Members of the pitfalls of investing in ADR’s – particularly Chinese ADRs, where the reporting criteria are nothing like those of US Corporations.  Without a clear, RELIABLE, report of a company’s operations – how can you possibly invest in it?

Back in April I ran this picture of Copper plates being stockpiled in a Chinese warehouse as an example of how ridiculous it was to go by the purported demand numbers that were being bandied about by Cramer and other Crooked Newspeople Boosting Commodities.  My comment in the April 11th post was:

Speaking of demand that fails to prove out.  Once again copper is rejected at the top of our range at $4.50 as imports to China are off 33% from last year.  That’s right, all those articles you read about copper demand during the month of March and about copper being used to back loans in China and copper being the new silver were all Bullshit – but you fell for it, didn’t you?

Chinese buyers are now facing the double whammy of higher copper prices and the government’s aggressive moves to tighten credit. Moreover, evidence has recently surfaced of previously unreported copper stockpiles, a sign that much of the purchased copper hasn’t been put to use. The stash is estimated by people in China and several Western banks to be around one million tons, or about 15% of the country’s annual consumption.

As I mentioned above, we’re happy with copper at $3 because we can hedge it down to $2.50 or lower (we began fishing on FCX last week as they fell below $35 with target entries around $27.50) and, ONE DAY, building will come back but not today and there is no rush.  To give you an idea though of how we make a fundamental investment in copper at $3 – we don’t buy the commodity but we buy FCX, which produces it and pays a 3.3% dividend while we wait for the pricing to improve.

Does our strategy guarantee FCX will not go down?  Of course not but it does give us a fair amount of breathing room on the stock and, don’t forget, if the whole market drops 50% and we simply get our money back – we’ll be sitting with 100% of our original cash while the whole market is on sale for half price.  Wouldn’t you have liked to be in that position in 2009?

We can do this WITHOUT missing a move up.  If FCX, for example, manages to hold $25, we make the spread between our $9.80 entry and $25, which is $15.20.  $15.20 is a 50% return per current share of FCX and, even if you tie up your entire potential 2x assignment in cash and margin – it’s still 25% back on the total you put to work in 15 months.  If you have historically done better than 20%+ annual returns in the market – then by all means ignore what I’m saying because that’s all this offers you.  But it offers those returns even when the market drops 20% and, in this case, it preserves your initial capital even if the stock falls ANOTHER 50% from here.  That’s all I want to get across – you don’t have to invest in such a way where every market move is some sort of crisis – pairing this strategy with some sensible hedges can leave you with a fairly worry-free portfolio that generates a nice annual return without the need to stare at the markets every day! 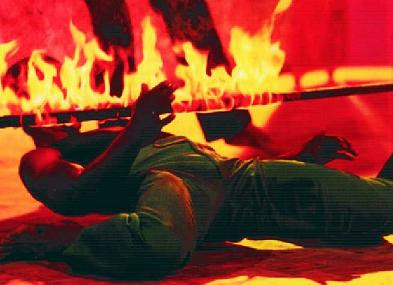 That then drops the net entry on 1x to $16.50 and we can still sell those 2013 $25 puts and calls for $15.20 but then we’re looking at a net $1.30/13.15 with a whopping $23.70 profit if simply called away at $25 in a year.  I don’t care how low the markets go – you’re not likely to net into FCX lower than that are you?  That’s how you have to look at these short put entries – as the first stage of a long-term strategy to establish ownership in a stock.  We discussed some more examples of this in the comments of our Weekend Reading post so I’ll leave it at that but we are heading into a period at which things are beginning to get compellingly cheap.  We still need to be VERY CAREFUL but, FUNDAMENTALLY – there are places we can take a small stand on the premise that this is not 2008 again.

If it is – we have lots of fun ways to make money on a major crash and THEN we can go bottom-fishing through the wreckage.  For now, we need to mark off trade ideas like FCX and try to find the real bottoms (assuming there is one) and watch for some signs that we’re not simply going to crash through all of our support levels and head back to the panic lows of ’08-09.

It’s going to be an exciting week as we head off to Vegas – let’s be careful out there!

Looks like today is going to be capitulation day for the markets. Could get very ugly.

I have sold several batches of Oct and Nov calls on TQQQ, which I think is a good way to bet on a downdraft. I tried to buy puts as well, but it ran away from me.