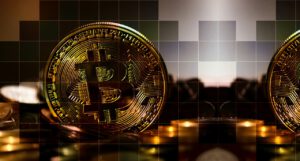 Bitcoin‘s silent payment – verifiable payment – took place for the first time Wednesday on Signet, one of bitcoin’s test networks. Although it did not happen on the main network with real bitcoins, this allowed to verify the effectiveness of the silent payments invention still in development.

An engineer under the pseudonym of Rijndael —who could be inferred to be the issuer of the transaction – reported Twitter the completion of his first silent payment made with sBTC – the currency that emulates bitcoin on the Signet test network.

Rijndael comments in his tweet that the address that received the sBTC does not appear among the outgoing transactions, as it should when making a bitcoin payment. Silent payment technology was what made it possible to make “inaudible” the address to which the sBTC in question were destined.

The developer behind the idea of ​​silent payments, Ruben Somsen, referred to the transaction Rijndael talked about saying, “The beauty is that you can’t tell if that was actually the first silent payment.”

This could be so because, since Rijndael did not disclose the details of his transaction, no one would have noticed it was a silent payment.

Both Ruben Somsen and Rijndael mentioned the implementation of a PoC (Proof of Concept) for silent payments using the Bitcoin Core client. The GitHub repository manager where this implementation is explained is known as w0xlt.

The programmer explains step by step how to execute this type of payment in Signet and confirms that it was possible to both generate and publish the silent payment address, as well as receive and spend the balance without the original address showing transactions in a block browser.

It is worth noting that even programming and crypto professionals have not yet dared to use silent payments on the Bitcoin mainnet, at least not explicitly.

So, it is recommended that everyone who wishes to try bitcoin’s silent payment does so on a test network, where there is no real money at risk in the event that it is lost forever.