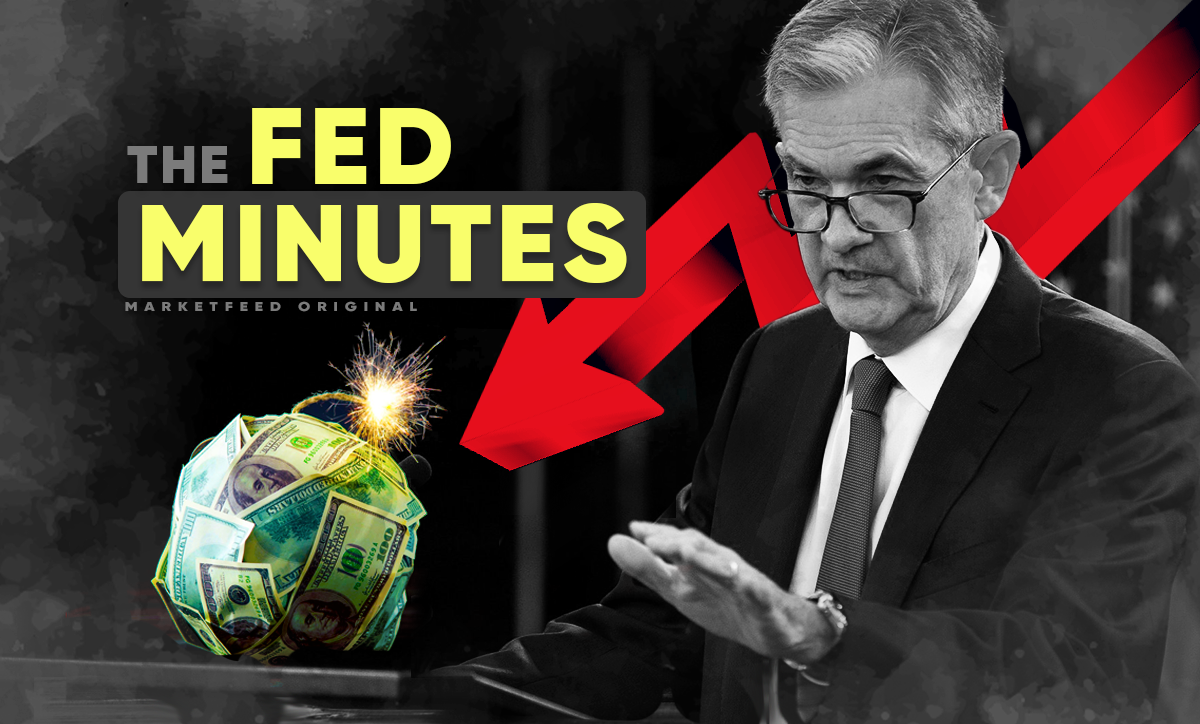 The Fed Minutes were not so bad.

The Fed was expecting to raise rates another 0.75% at their July 27th meeting but, in our Live Trading Webinar, we noted that there were enough changes in the data they were pointing to at the time (June 15th), that we felt there was no way they would go to 1% and even a possibility that the Fed would only raise rates 0.5%.

They still have 3 more meetings: Sept 21st, Nov 2nd and Dec 14th and we are currently at 1.5% and the target is 3.5% so 0.5% x 4 gets us there – even if they are sticking with 3.5%.  What has changed is that commodities, including oil have calmed down and the economic outlook has gotten considerably worse (see yesterday’s report) and the Fed is attempting to make a “soft landing” – another 0.75% could put us into a power dive and the last thing the Fed wants to do is reverse itself at the September meeting. 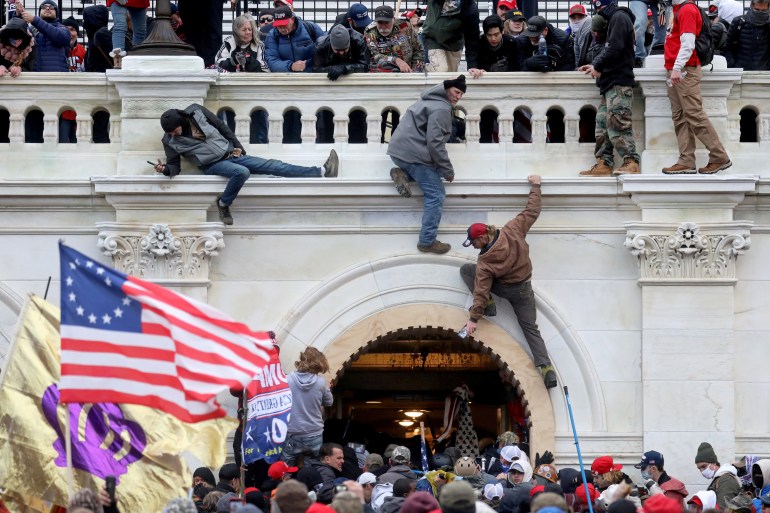 Over in England (calling it the “United” Kingdom seems wrong at this point), we finally found out how many scandals it takes to get Boris Johnson to resign and the answer is 157 but, finally, after HALF of his cabinet resigned in protest – the Prime Minister is stepping aside.

Imagine if Republicans had that kind of honor?

We’re still drifting along in the Indexes but, with the Dollar still at 107, drifting along is pretty good.  May 18th is the last day we had an up day with strong volume – so we’re still waiting for better technical signals but we’re also still picking up opportunities.  Yesterday, in our Future Is Now Portfolio, we spent $36,360 (25% of our cash) adjusting 5 of our positions (also 25%) as we set ourselves up for HOPEFULLY a move higher into earnings.

Not much going on otherwise – we’re just waiting on tomorrow’s Non-Farm Payroll numbers – something the Fed will also be watching closely.  As long as we’re holding 3,840 (weak bounce) on the S&P 500, we’re out of the danger zone. Our Gold (/GC), Silver (/SI) and Copper (/HG) plays are bouncing this morning as China is reportedly considering a $220Bn stimulus package to counterbalance another round of Covid Lockdowns.  That’s like the US doing $500Bn but even more powerful as China doesn’t give 90% of the money to rich people.   Copper is already up at the 5% line for the day.

MRK is looking to buy SGEN for $40Bn, which is 33% over yesterday’s close.  That’s going to be good for the undervalued Biotech Sector and M&A activity like that can often tell you where the bottom is going to form.  We have a good amount of Biotech in our portfolios – including the long-suffering Biotech ETF – LABU.

SGEN lost $674M last year on $1.5Bn in sales and expects to lose about the same this year on $1.8Bn in sales so MRK is paying over 20x sales for SGEN so imagine what some of these other Biotechs might be worth?  We have AMGN, BNTX, GILD, LABU, MRNA and PFE representing Pharma/Biotech in our Long-Term Portfolio and we’re going to add Walgreens (WBA) as they are back to stupidly cheap at $37.78:

See, plenty of things to buy in this market!

A Third Quarter of Negative GDP is Now Highly Likely Many in the West are fearful of losing a global technology race to Chinese dominance, especially with regards to the transition to cleaner energy. The International Energy Agency was the latest to warn about the consequences in a special report on the solar sector, a key element in plans for the world to reach net zero emissions by 2050. In fact, China’s share in all the manufacturing stages of solar panels currently exceeds 80%, and for key elements including polysilicon and wafers, it is set to rise to more than 95% in the coming years.

Quote: “The world will almost completely rely on China for the supply of key building blocks for solar panel production through 2025,” the agency wrote in the report. “This level of concentration in any global supply chain would represent a considerable vulnerability.” Biden to waive solar panel duties, eyes other tariff relief.

It’s not the only area of concern. China’s BYD (OTCPK:BYDDY) just dethroned Tesla (TSLA) as the world’s biggest electric vehicle maker and surpassed South Korea’s LG as the planet’s second-largest producer of EV batteries. The development comes as much of the West rolls out policies to convert their ICE fleets to EVs in the near future, but those initiatives will depend on raw materials processing that are highly concentrated in Asia. China’s market share for battery components even climbed from 43% in 2014 to 60% in 2020 due to tight control of critical elements like lithium, nickel, cobalt and palladium.

Go deeper: The worries aren’t limited to the energy landscape of the future. The war in Ukraine has seen power prices in Europe soar to record highs this week as the effects of Russia’s gas supply cuts ripple through the continent. German power, the European benchmark, rose to a record of €337/MWh ($343.25), while French prices neared an all-time high of €398, triggering real fears for the manufacturing economy and heavy industry. The U.S. is also discussing price caps on Russian oil and gas with its allies, but the concept would need to garner widespread adoption to be effective, while Vladimir Putin could cut supplies even further if he felt that Moscow was being threatened. Winter is coming, and Europe may be out of gas when it arrives.

The electronics giant Samsung Electronics (OTC:SSNLF) reported a lower-than-expected rise in its fiscal second-quarter operating profit, with reduced smartphone sales dragging down its bottom line despite strong demand for its server chips, according to Reuters report.

The South Korean tech giant estimated its operating profit at KRW14T, up 11% from a year earlier but just below the analyst consensus of KRW14.6T (consensus estimates are according to Bloomberg).

Q2 earnings results will be released later this month.

The European Parliament voted Wednesday to include nuclear power and natural gas in the bloc’s list of investments deemed sustainable, a move that could trigger more funding of those sectors but that critics said would slow Europe’s shift to greener energy sources, The Wall Street Journal reports.

The vote paves the way for the proposal to become law, and would add nuclear plants and natural gas to the European Union’s “green taxonomy” rulebook starting in 2023 if they meet various conditions such as limits on greenhouse gas emissions.

The action comes as Europe tries to cut its dependence on Russian fossil fuels and lean on nuclear and natural gas to help bridge a transition to renewable energy, but environmentalists and some lawmakers and investors say the plan risks diluting investments in other projects such as renewable energy.

The European Union said the vote was “recognition of our pragmatic and realistic approach in helping many member states on their transition path towards climate neutrality,” as the continent faces a potentially dire gas shortage next winter.

The American Petroleum Institute reportedly shows a surprise build of 3.82M barrels of oil for the week ending July 1.

Data to be released tomorrow from the Energy Information Administration is expected to show crude inventories fell by 1.2M barrels last week, according to S&P Global Platts.

And we just added it to the Future is Now Portfolio:

First the image, then the adjustments:

Earnings Portfolio Adjustments: $262,828 is up about $50,000 from our June 16th review – another case of just leaving things alone (2 adjustments) and being PATIENT!

Over 80% cash means we have money to spend – especially as this is a self-hedging portfolio.

Paramount Global: A Rebranded Conglomerate With A Deep Margin Of Safety

We don’t need to adjust the Dividend Portfolio as it’s just clunking along – up $10,000 from last month, plus whatever dividends came in. We only have $100,000 out of $400,000 cash so not inclined to spend it anyway as it’s an expensive portfolio with lots of stock positions that use up our cash. Massive build in EIA but oil kicked up to $104 anyway. Gasoline had a much bigger draw than feared and distillates they were 200% wrong about.

That’s why the spike – a lot of people on the totally wrong side of these.

And this is all it took to send /NG back to the moon:

Such silly things to trade…

See – you don’t have to adjust them at all if you pick the right ones – we haven’t touched that portfolio since May.

We added SOFI and FL and we rolled BYD and LABU to more aggressive plays at the time.

Poor Jon Najarian is having a very uncomfortable discussion on CNBC as the voyager crypto exchange he has been pushing all year went bankrupt. There are a bunch of questions he can’t comment on due to pending legal action.

His friends at CNBC are getting very pissed off when he “no comments“ them.

he pulled a Cramer, telling everybody to buy all the way down.

This is how we play a stock that may be having troubles – but we’re very happy to be in them for the long haul.

Vix is popping up though – that should cool things off here.

@everyone I am getting through the Tickets as fast as possible, Top trades will be worked on today/tonight. Last nights speed improvements took longer than expected.

I am still not getting all the daily chats with Phil, been spotty all week, and no friday is available right known my feed