Cancer is a class of diseases in which a group of cells display uncontrolled growth.  Some cancers invade or intrude upon adjacent tissues, then destroy that tissue/organ, and then spread (metastasize) to other locations in the body via lymph or blood.  These three malignant properties of cancers differentiate them from benign tumors, which do not invade or metastasize.  All of these diseases suggest that there will be a need for personalized therapy, as even within a specific type of cancer, there is wide heterogeneity in clinicopathological features.  For instance, leukemia, lymphoma, myeloma, etc are all lymphoproliferative disorders (where lymphocytes are produced in excess) affect one or more different biological pathways that play a role in lymphomagenesis (the development of B cells and T cells).  Over the past year, on focal point of our  investment virtual portfolio has been smaller companies researching and developing treatments for cancer (CRIS, ARIA, ARRY, SPPI, IMGN).  The next small company with some very interesting prospects in the pipeline is Immunomedics. In our recent past, monoclonal antibodies (mAbs) were discussed in the context of a mid-tiered pharma, BIIB and smaller biotech, Immunogen (IMGN).  These companies will not be rehashed, but to re-emphasize that mAb and biologics are one of the hottest areas in in biotech.  Small molecules have are not the favorites for now (especially in cancer), and that is most likely due to early stage trials, lack of efficacy, or more likely – patent protection, as biologics/mAbs are harder to show equivolance….and thus have the potential to generate cash for years to come.

(IMMU) based in New Jersey, is primarily focused on the development of mAb-based products for the targeted treatment of cancer, autoimmune and other diseases.  The company has a number of advanced mAbs that can be used either alone in unlabeled or “naked” form, or conjugated with radioactive isotopes, chemotherapeutics or toxins, in each case to create highly targeted agents (think Inmunogen, but different 'targets').  The company has built a pipeline of therapeutic product candidates that utilize several different mechanisms of action discussed below.  The company also owns a stake in IBC Pharmaceuticals, Inc., which is developing a novel Dock-and-Lock (DNL) methodology.  This DNL technology can be used for making fusion proteins as well as a new method of delivering imaging and therapeutic agents selectively to disease, especially different solid cancers (colorectal, lung, pancreas, etc.), by proprietary, antibody-based, pretargeting methods.  Those methods are noted below:

The 'detection' segment of IMMU is interesting, and could be lucrative after a very long run, but it is the pharmaceutical wing that is garnering some attention.  Much like Immunogen, IMMUs combination of a mAb with chemotherapeutic is the next craze in this area. Figure 2 below shows the company's pipeline, and a brief description is below that. 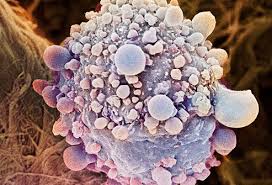 The latter 3 are all in Phase 2 clinical trials, and data should start coming out by years end.  Further, the ASCO conference is coming up in Q2, and thus any data that may be 'leaked' would benefit the company (and the stock price).  Therefore, buying now and selling on the news is the way to play this one, and in member chat is where the trade will be initiated.

I currently do not own any IMMU, but may initiate a trade in the coming days.