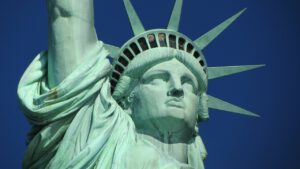 Stimulus Check From New York: Who Will Get It?

The stimulus check from New York is a one-year program that will offer direct relief to about three million eligible homeowners in 2022. Sending tax rebate checks is expected to cost the state around $2.2 billion, and the program was included in the state budget in April.

Initially, Gov. Hochul proposed a $1 billion property tax rebate to help residents partly offset the financial impact of the coronavirus pandemic and inflation. It is estimated that this one-year program will reach around 2.5 million homeowners.

The amount of the homeowner tax rebate checks will depend on many factors, including where the property is located, the recipient’s income, and whether or not the property owner receives Enhanced STAR or Basic STAR. Under the STAR rebate program, eligible homeowners get a break on their school taxes if they earn less than $500,000 a year.

Usually, the homeowner tax rebate checks arrive in the fall. This year, however, many New Yorkers have already received their check. The act of sending checks less than a month before the Democratic gubernatorial primary on June 28 has triggered a controversy. Along with the timing of the checks, the message attached to the checks has also sparked controversy.

“Governor Hochul and the New York State Legislature are providing you this Homeowner Tax Rebate check that you can use to help pay your property taxes,” reads the message attached to the check.

Critics argue that Gov. Hochul is using the homeowner tax rebate checks for personal political gain. Rep. Thomas Suozzi, one of the Democratic challengers facing off in the primary against Hochul, criticized Hochul for “bribing the voters before the election … (and) if it’s not illegal, it should be illegal.”

This is not the first time New Yorkers have gotten their stimulus checks early. In 2018, the checks arrived before the September Democratic primary between former governor Andrew Cuomo and “Sex & the City” actress Cynthia Nixon. Those checks didn’t include any attachment carrying Cuomo’s name.

Cuomo’s name, however, did appear on a similar letter sent days ahead of the 2014 general election. At the time, Hochul served as Cuomo’s running mate. Former President Donald Trump also faced similar criticism after putting his name on the federal coronavirus stimulus checks.