Where To Next For Amazon Shares After Their 20-For-1 Stock Split? 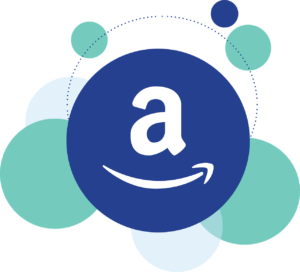 Has the Amazon share price resumed its uptrend for good?

Searches for ‘Amazon stock split 2022‘ have skyrocketed by a massive 10,900% in the past 12 months, and it’s hard not to see why.  As the move has gained popularity across large public brands, shareholders and investors are curious about how this move could affect their investment and the next stock splits on the radar. In the past week, new data revealed by IG shows that searches for ‘how long will Amazon stock split last’ is up 850%, so what does this mean for consumers?

Where To Next For Amazon Shares After Their 20-For-1 Stock Split?

“Amazon.com, Inc. (NASDAQ:AMZN), whose 20-for-1 stock split took effect on Monday, is struggling at technical resistance amid weaker retail sales and a gloomy economic outlook. Shares of the e-commerce giant briefly rose in New York after the split, but have been coming off since, still down around 28% year-to-date and suffering alongside companies such as Target which yesterday announced that it will slash prices on unwanted items as it tries to get rid of around $15 billion worth of inventories, making its share price drop by 4%.

Stock splits were popular early this year as equity indices traded near record highs, with companies announcing them to make their share prices more alluring to retail investors, but now have less of an impact with especially technology stocks having shed a large percentage of their previous gains. This year’s sell-off has made it easier for the behemoths such as Amazon to gain entry to the Dow Jones Industrial Average, whose weighting is based on the share price, but it could have the effect of making them look less enticing to investors than their massive market valuations and history of past tremendous gains would imply.

The drop in the Amazon share price from its March high to its May low by close to 40% may have ended now that a double bottom has been formed on its daily share price chart. This chart formation looks like a slightly askew “W” with its mid-point coming in at $115.82. Once the recovery rally from May’s two-year low at $101.35 had taken the Amazon share price above the $115.82 mid-point, a double bottom had been formed, its upside target being the distance from its lowest point to the mid-point and this being projected higher from the latter. The pattern’s minimum upside target thus comes in at $130.29.

So far, the Amazon share price has risen to $128.95 in early June before struggling around the 200-week simple moving average (SMA) at $127.13 and trading back around its two-month resistance line at $121.80. The real test of whether a lasting bullish trend reversal in the Amazon share price is taking shape will be if it not only manages to reach its double bottom $130.29 upside target but, more importantly, if it can overcome the next higher $133.65 to $135.43 resistance area. It is comprised of the January and March lows as well as the 55-day SMA and as such represents solid resistance. Were the $135.43 January low to be exceeded on a daily chart closing basis, the technical picture would improve since a series of higher highs and higher lows could then be made out on the Amazon daily chart with the 200-day SMA at $156.37 being back in sight.

Established in 1974, IG is a global leader providing trading and investment opportunities to people worldwide.