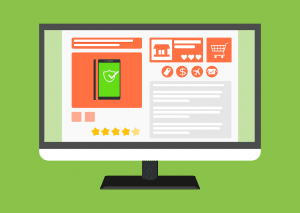 “The latest UK retail sales snapshot shows the cost-of-living squeeze is turning more consumers into penny pinchers, trimming non-essential expenditure from budgets to make ends meet. The decline in sales volumes for May with food volumes hit particularly hard has set off falls for higher end grocers in early trade with Ocado Group PLC (LON:OCDO) falling 2% and Marks and Spencer Group Plc (LON:MKS) dropping 1.5%  With signs the post pandemic spending bubble is bursting, particularly in terms of supermarket volumes, shoppers are expected to be seeking out cheaper deals and Tesco with its stronger brand image for value is proving a bit more resilient, rising 0.6%. The FTSE 100 has opened up higher in early trade, helped by a stronger close on Wall Street, with pharmaceutical stocks and defence companies helping to lift the index.

With evidence shoppers are becoming more cautious, the pound dropped slightly before recovering to hover around $1.22, still gently buoyed by a slightly better than expected PMI reading on the UK services and manufacturing sector. Sterling largely brushed off the latest wave of political instability after dramatic by-election losses for the Conservative party. The fresh fragility of Boris Johnson’s position is not being factored in as a detriment to the UK economy, with much more emphasis on actions of policymakers at the Bank of England rather than trouble among lawmakers at Westminster. As consumer confidence shows fresh signs of deteriorating, it seems more likely the pace of interest rate increased will be more gradual in the months to come.

The pound is also being supported from further falls by a weaker dollar which is set for its first weekly decline this month. The dollar index which measures the currency against rivals slipped again, as investors assessed the effect an aggressive hike in interest rates will have on weakening the US economy. Brent crude has slipped back below $110 as worries that this rapid tightening in monetary policy will set off a domino effect, and see countries slip into recession around the world, leading to falls in demand for crude. However supplies still remain tight due to the sanctions on Russia and the production difficulties of some OPEC+ countries. The US has been rapidly depleting its Strategic Petroleum Reserve in a bid to try and keep prices lower for millions of cash strapped Americans but with stockpiles running close to 40-year lows, it’s a tactic which can’t last for the longer term.”