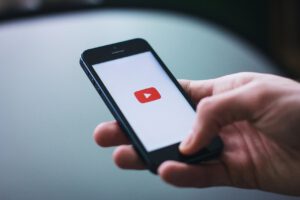 The Russian state regulator has accused Google – Alphabet Inc (NASDAQ:GOOGL) – of spreading threats against the Russian people via YouTube, amid the Russia-Ukraine war, and urged the company to stop doing so.

As reported by AlJazeera, Russian regulator Roskomnadzor has accused the internet giant’s YouTube platform of carrying out activities that are “terrorist in nature,” as adverts on the network urged the country’s communication system and Belarus’s railway system to be barred.

Moscow also said that the ads were evidence of the company’s anti-Russian stance, but did not reveal which accounts were spreading the ads in question.

Roskomnadzor said, “The YouTube administration’s activities are terrorist in nature and threaten the life and health of Russian citizens,” and added that it “categorically opposes such advertising campaigns and demands that Google stop broadcasting anti-Russia videos as soon as possible.”

Company representatives or spokespersons in Russia have not replied to these accusations and demands.

YouTube is facing substantial pressure from Russian politicians and Roskomnadzor after blocking Russian state-funded media across the world.

The Russian government blocked Instagram in response to Meta Platforms Inc (NASDAQ:FB) allowing network users in Ukraine to post messages such as “Death to the Russian invaders,” Aljazeera reports.

Former Russian President Dmitry Medvedev condemned the issue and said, “The ‘guardians’ of free speech have in all seriousness allowed users of their social media to wish death upon the Russian military.”

He went on to assert that Western companies have created a “one-way” flow of information via social media, and that Russia has the means and experience to develop its own set of platforms.

“In order to return, they will have to prove their independence and good attitude to Russia and its citizens,” he wrote. “However, it is not a fact that they will be able to dip their toes in the same water twice.”

Google and Meta are part of the Entrepreneur Index, which tracks 60 of the largest publicly traded companies managed by their founders or their founders’ families.