Carl Icahn: “There Could Be A Recession Or Even Worse” 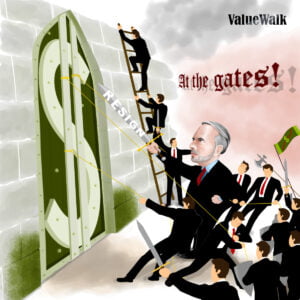 Carl Icahn, activist investor and billionaire, has warned that the U.S. economy is veering toward a recession due to high inflation and the impact of the Russia-Ukraine war. He also said that the outlook could get “even worse.”

Carl Icahn And His Views

According to Business Insider, Icahn told CNBC’s Scott Wapner on Tuesday, “I think there very well could be a recession or even worse.”

A recession would mean a dive in the U.S. gross domestic product and an economic decline that would affect the country over a significant period.

Icahn said: “I have kept everything hedged for the last few years. We have a strong hedge on against the long positions, and we try to be activists to get that edge… I am negative as you can hear. Short term, I don’t even predict.”

Reuters reported a recession is looming given the significant moves in the U.S. Treasury market, and the skepticism about the Federal Reserve’s ability to minimize the economic impact amid an interest rate hike of 0.25%.

Critical of the Fed

Carl Icahn was also critical of the Fed and its Chairman Jerome Powell as the latter warned that higher rate hikes are on the cards if necessary. His assertion triggered a sell-off in the bond and equity markets.

Icahn said, “I really don’t know if they can engineer a soft landing… I think there is going to be a rough landing.”

Key factors play a role in his prediction as he says “Inflation is a terrible thing when it gets going. You can’t get that genie back in the bottle too easily. In the last 20 or 30 years… You had cheap goods coming in from the far east, from China, for sure, and even from Russia.”

“And I think those days are over now, and you have this war going on now which adds another problem to your inflationary picture,” he added.

The billionaire has long positions against real estate and malls to ward off the effects of a possible economic downturn.