Despite Its Many Benefits, Innovation Is Not Always Embraced 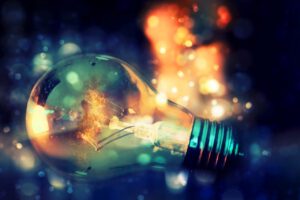 When Sam Walton brought low-cost shopping to millions of American consumers by developing new, more efficient ways to deliver products to market, he had to battle entrenched political interests fighting for locally based retailers.

The Battle Over Innovation

Today’s battle over innovation, as consumers fuel a new trend toward instant delivery, is more about convenience than costs. But the dynamics are the same.

Many traditional retailers are fighting instant delivery to save their businesses and jobs, just as others have done before them. Yet this latest innovation, spurred by new technology and consumer demand, is not likely to go away.

The biggest names in instant delivery are companies such as DoorDash, Instacart, Uber Eats, and Grubhub. They mostly focus on meals. The challenge for these companies is that they deliver products from third parties. So while they can offer convenience, they cannot offer low cost. They must add their service charges to the cost of the products they deliver to their customers.

Some companies have developed an Amazon-style business model to get around the problem of revenues coming only from fees. A promising example is Gopuff, a company founded in 2013 by Yakir Gola and Rafael Ilishayev, who were Drexel University students at the time.

Expanding beyond prepared meals, Gopuff uses local micro-fulfillment centers (MFC) to develop their own inventory of groceries, household staples, and liquor that can be delivered to customers in as little as 30 minutes. Gopuff reportedly operates almost 600 such MFCs. They generate revenue not only from delivery fees but from selling their own products.

Last year, investors put nearly $4 billion into the ultrafast global delivery market. The result was a rapid expansion of these companies into new markets. New York City was one of these. Gopuff, Getir, Gorillas, Jokr, and Fridge No More all launched service there in 2021. All around the city, MFCs, also called dark stores, began popping up.

That is when some competitors began pushing back.

The MFCs look much like a local convenience store, stocked with all kinds of goods. The difference is that customers do not go to the stores. Instead, when an order is entered into an app, store workers quickly assemble the order and turn it over to drivers or bike riders for delivery to the customer.

“They give discounts. I have customers tell me I don’t mean to be bad, but I order from this place because they give like $25 or $35,” said Joel Camilo, owner of the Iron Grill bodega in the Bronx.

As a result, owners began putting pressure on local politicians to protect their turf, rather than competing fairly in an evolving market that offers the promise of convenience and affordability. One approach that’s being explored to limit instant delivery is employing local zoning law restrictions. That is a bad idea for consumers.

Labor issues have also been used against the instant delivery companies. While their warehouse workers are usually employees, most of their delivery personnel are contractors. Though this is a common practice in many businesses, it is often cited by those pushing for higher wages as an unfair labor practice.

Most opponents of instant delivery services have one thing in common; they stand in the way of market opportunities for consumers and workers. The demand for faster service and greater convenience has led to the growth of this business model. Workers become contractors instead of employees because it balances their demands for high wages and flexible hours.

Another thing they likely share is forgetting that markets have a way of sorting out these problems. Less than a year after most of these companies entered New York City, many of them have either left or gone out of business. As fears about COVID-19 decline, consumers are more willing to venture out. Rising interest rates and disruptions to global supply chains and financing are also taking their toll.

Of course, this does not mean that competition will go away. Some of the instant delivery companies, like Gopuff, appear to be going strong. Consider the fact that Gopuff’s U.S. sales increased 53% in 2021, according to a Yipit report, after a 173% increase in 2020. And other companies, including DoorDash, are moving to broaden their instant delivery capabilities through MFCs.

As Sam Walton proved, low-cost convenience will find market share. Turning to politics to deny this truth will ultimately hurt consumers, workers, and the economy.

Bill Peacock is an economist and principal at Tortilla Coast Consulting.