Abortionists’ Decision-Day “Night of Rage” Can Be Stopped 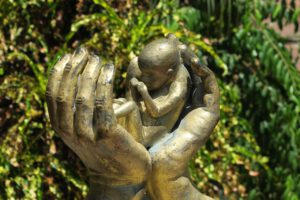 Abortionists’ Decision-Day “Night of Rage” Can Be Stopped; Federal Anti-Picketing Law Can’t Be Used, But Virginia‘s Statute Can

A Night of Rage

WASHINGTON, D.C. (June 21, 2022) – The “pro-abortion terrorist group” which claimed responsibility for the May 8th fire bombing of the Wisconsin Family Action office – and also believed to be behind other firebombings – has issued a “Night of Rage” message, strongly urging its followers to carry “anger out into the world” by “expressing it physically” on the night when the Supreme Court hands down an expected decision ending constitutional protection for abortions.

As the group itself put it, “If abortion isn’t safe, you aren’t either. We are everywhere.” It also commands its followers, as pointed out in a Wall Street Journal piece entitled “A ‘Night of Rage’ on Abortion”: “THE NIGHT SCOTUS OVERTURNS ROE V. WADE HIT THE STREETS YOU SAID YOU’D RIOT.”

And even those activists who don’t follow “Jane’s Revenge,” but who are sufficiently upset about the loss of a constitutional right to an abortion, may well join in if the continuing protests outside the homes of anti-abortion justices turn into riots.

If, as expected, these violent actions include escalating the continuing demonstrations at the homes of anti-abortion Supreme Court justices into rioting, destruction of property, and even physical harm, Virginia has a powerful law on the books to prevent any protesting from even beginning.

On the other hand, the much cited – but apparently never utilized – federal statute which limits picketing near the homes of judges can no longer be used, notes public interest law professor John Banzhaf.

At least the three anti-abortion justices who reside in Virginia – Clarence Thomas, Samuel Alito, and Amy Coney Barrett – can, along with their neighbors, be spared the expected ordeal, but only if Virginia authorities finally begin enforcing their clear and clearly constitutional statute which prohibits any picketing – regardless of intent, the message sought to be conveyed, etc. – in any residential area, the law professor suggests.

The relevant federal statute, § 18 U.S.C. 1507, makes picketing or parading in or near a building or residence occupied or used by a judge or justice a federal crime, but only if it is done “with the intent . . . of influencing any judge . . ., in the discharge of his duty.”

So, once the Supreme Court’s decision in Dobbs v. Jackson Women’s Health Organization is issued and becomes final, police can not longer claim that any abortion supporter is picketing or demonstrating at the homes of a Supreme Court justice “with the intent . . . of influencing any judge . . ., in the discharge of his duty.”

Outrage At The Loss Of Legal Protection For Abortions

The protestors may be, as they claim, simply expressing their outrage at the loss of legal protection for abortions, or they may be acting with an intent to try to convince legislators or the general public to support laws protecting (or at least permitting) abortions, but they obviously have no intent to influence a justice once the Dobbs decision has become final.

In the absence of the intent required by the federal criminal statute, police, federal marshals, and others cannot make a lawful arrest under it unless and until other criminal laws are broken are broken in their presence – e.g., a riot breaks out.

But experience with dozens of similar situations, in which demonstrations have suddenly turned into unlawful riots, suggests that, by that time, it is usually too late to control the situation, at least without considerable damage to property, and injury to both protestors and police officers.

However, in Virginia, law enforcement authorities have a statute which would permit them to stop any demonstration in a residential neighborhood almost before it can begin, and long before a mob can form and foment into an illegal riot.

In stark contrast to the federal statute, the corresponding picketing law in Virginia is crystal clear and does not require the need to show any intent. Because it does not require any specific intent, Virginia law enforcement authorities may – and, under applicable Virginia criminal law and procedure, should – arrest any persons picketing or protesting near a residence.

Virginia’s § 18.2-419 very clearly mandates that: “Any person who shall engage in picketing before or about the residence or dwelling place of any individual, or who shall assemble with another person or persons in a manner which disrupts or threatens to disrupt any individual’s right to tranquility in his home, shall be guilty of a Class 3 misdemeanor.”

Unlike the federal statute, the Virginia law is clearly constitutional since picketing is prohibited only in certain places (near a residence), rather than because of the message the “speech” communicates.

In other words, it constitutes what judges call “time, place and manner restrictions” under which governments impose limits on expressive activity which are nevertheless constitutional because they apply regardless of what is being said; i.e., are content neutral.

It is also a statute about which Virginia’s legislators feel very strongly, and want strictly enforced.

The legislature of Virginia, in its declaration of policy for this statute [§18.2-418], has made it abundantly clear that it regards such demonstrations in residential areas as serious crimes which must be met with arrests: “protection and preservation of the home is the keystone of democratic government”; “good order of the community require that members of the community enjoy in their homes a feeling of well-being, tranquility, and privacy”; “picketing before or about residences and dwelling places causes emotional disturbance and distress”; “its object [is] the harassing of such occupants”; and enforcing the provisions of the statute “are necessary in the public interest, to avoid the detrimental results herein set forth.”

Virginia Attorney General Jason Miyares agrees, conceding that: “Section 18.2-419 of the Code of Virginia states that protesting in front of an individual’s private residence is a class 3 misdemeanor.”

It also seems clear that the legislators wrote the criminal statute, prohibiting demonstrations at private residences, to permit police to act promptly when any such criminal activity begins, rather than waiting until it escalates and becomes violent and/or otherwise difficult to control.

That’s because, once such a demonstration does become large or violent, it may be difficult to bring it under control, with arrests or otherwise, without causing injury to demonstrators, police, and perhaps even to innocent bystanders.

In other words, an ounce of prevention (before) may be worth a pound of cure (after).

That, of course, is a major concern because at least one pro-Roe terrorist organization, which has already admitted to engaging in criminal violence, has publicly announced that it is planning a “Night of Rage” on the day the Court’s abortion decision is released.

Protests at the homes of influential people can easily become violent and even terrifying, says Banzhaf, citing this example, which also supports the applicability of the Virginia statute to the current situation.

As described just last year by Senator Josh Hawley: “Tonight while I was in Missouri, Antifa scumbags came to our place in DC and threatened my wife and newborn daughter, who can´t travel. They screamed threats, vandalized, and tried to pound open our door.” The Senator confessed that, as a result, his family was “terrorized.” Fortunately, a local magistrate did find probable cause under Virginia’s § 18.2-419 and issued a legal summons.

So Banzhaf hopes other Virginians, and especially those who hold office or have particular influence within the state, will join him is demanding that Virginia authorities enforce §18.2-419 – as it was designed to be enforced – by announcing that, after issuing an appropriate warning, they will promptly arrest anyone who comes into a residential neighborhood to picket or otherwise stage a protest regarding any issue.