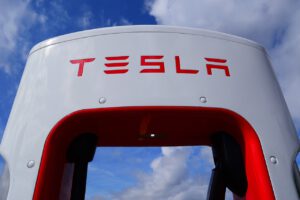 Tesla Inc (NASDAQ:TSLA) is ramping up parts production at its factory in Shanghai to meet the increasing demand of exports, as revealed by a document filed with the city government. The move involves growing the staff quota, adding production workshops, and increasing the time equipment is operational.

As reported by Reuters, the leading electric vehicle maker is planning to meet export demand by increasing the output of manufactured parts. Asia is a key market for Tesla, and China is a strategic foothold for the company’s worldwide production.

At present, the Shanghai factory has the capacity to build a combined 450,000 units of the Model 3 and Model Y variants every year, while the company sold more than 470,000 vehicles made in the country.

“Tesla’s December sales, which included 245 for export, were almost three times the amount achieved in the same month last year and 34% higher than November’s sales.”

To boost capacity, Tesla is planning to invest $190 million —1.2 billion yuan— and add 4,000 people to its workforce.

Tesla has also made headlines as the company is poised to make Steam’s video game library available inside its vehicles. The company is working on Tesla Arcade, a platform that will offer video games to Tesla owners.

While the move is seen as means of adding value to its products, the car manufacturer is said to invest more in this business in the next few years.

Elon Musk took to Twitter and said: “We’re working through the general case of making Steam games work on a Tesla vs specific titles. Former is obviously where we should be long-term.”

Tesla is part of the Entrepreneur Index, which tracks 60 of the largest publicly traded companies managed by their founders or their founders’ families.